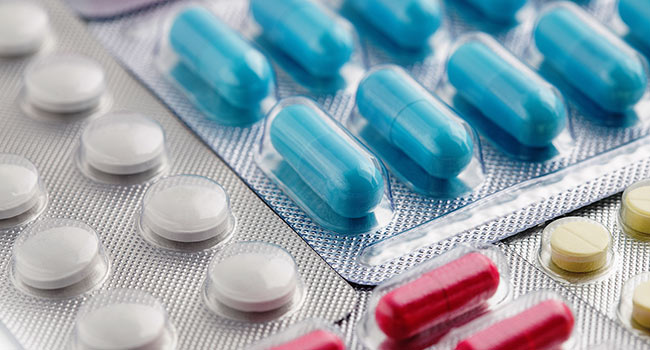 Clinical trials for tocilizumab and baricitinib are either underway or in preparation, experts said.

This broad-spectrum antiviral drug, formerly used to treat hepatitis, is being tried as a COVID-19 therapy and really shouldn’t, Barlow said.

The drug inhibits viral replication by interfering with genetic synthesis, but comes with a host of dangerous side effects.

“It is considered a hazardous drug,” Barlow said. “For us as pharmacists, it’s kind of scary to see people use it because of the significant adverse effects that come with it.”

Ribavirin’s inhaled formulation, for example, can be toxic to fetuses and is not indicated either for pregnant women or their male partners, Barlow and her colleagues said. The drug also can cause anemia and low blood levels of calcium and magnesium, and has the potential to interact dangerously with immune suppression therapies.

These drugs were all developed as ways to interfere with the viral replication of HIV, and “in MERS and SARS [severe acute respiratory syndrome] — the other human coronaviruses before COVID-19 — there was some interest in lopinavir/ritonavir,” Gandhi said.

Early randomized trials out of China have not shown any particular benefit, but the World Health Organization and others are still including one or more of the drugs in ongoing COVID-19 clinical trials, Gandhi said.

But, Barlow added, “I think a lot of institutions have stopped using this agent because of the lack of benefit seen.”

This drug is one of the older antiviral agents, examined as a means of treating hepatitis and some cancers. It’s based on a protein your own body makes to direct immune response, Gandhi said.

However, there’s little laboratory evidence that interferon alpha is effective in treating either SARS or MERS, Barlow and her colleagues noted.