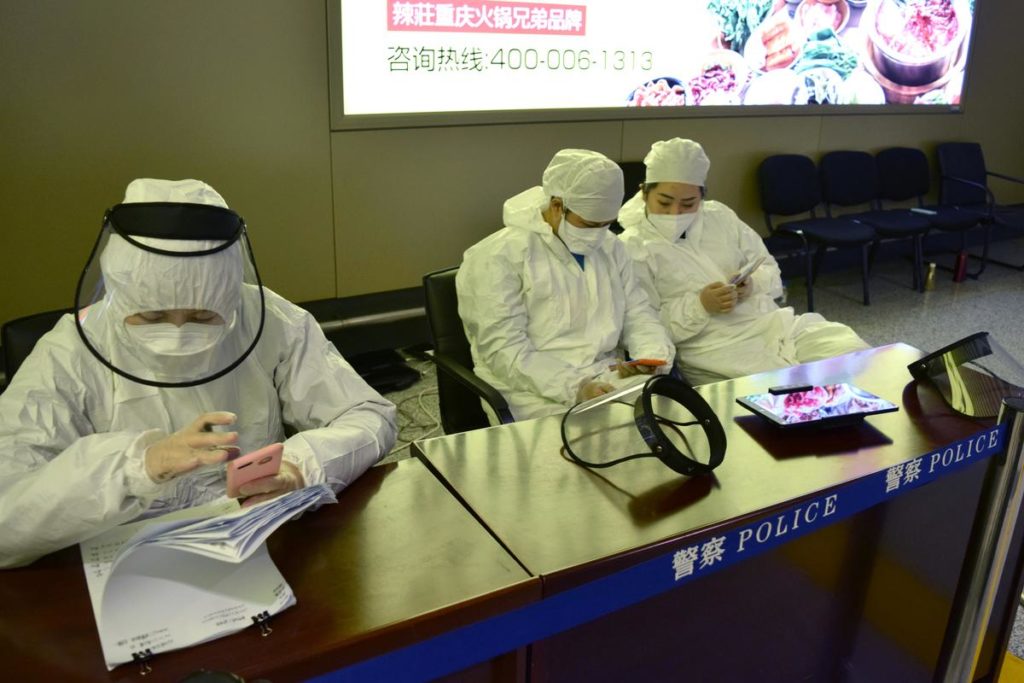 FILE PHOTO: Workers in protective suits are seen at a registration point for passengers at an airport in Harbin, capital of Heilongjiang province bordering Russia, following the spread of the novel coronavirus disease (COVID-19) continues in the country, China April 11, 2020. REUTERS/Huizhong Wu

BEIJING/SHANGHAI (Reuters) – A northeastern Chinese city of 10 million people struggling with currently the country’s biggest coronavirus cluster shut dine-in services on Saturday, as the rest of China eases restrictions designed to hamper the spread of the disease.

Harbin, the provincial capital of Heilongjiang and its biggest city, said it temporarily suspended dine-in services for all eateries, reported the official CCTV citing an emergency epidemic prevention notice.

Catering services operating in the city, such as barbecue eateries and those selling skewers, shabu shabu, and stew, shall suspend dine-in meals until further notice and in accordance with changes in the epidemic situation, the notice said.

While mainland China reported only one case on Saturday and crowds returned to some of its most famous tourist attractions for the 5-day May holiday, the northern province of Heilongjiang is hunkering down to prevent further clusters from forming.

Of the 140 local transmissions in mainland China, over half have been reported as from Heilongjiang, according to a Reuters tally.

Heilongjiang province borders Russia and has become the frontline in the fight against a resurgence of the coronavirus epidemic, with many new infections from citizens entering from Russia.

The province has already banned entry to residential zones by non-locals and vehicles registered elsewhere. It had also ordered isolation for those arriving from outside China or key epidemic areas.

On the back of the outbreak, deputy secretary of the Provincial Party Committee Wang Wentao said at a Friday meeting “we deeply blame ourselves”, according to local media.

“We had an inadequate understanding of epidemic prevention and control,” said Wang, adding that the failure to carry out testing in a timely manner contributed to the clusters.

Reporting by Tina Qiao and Ryan Woo in Beijing and Engen Tham in Shanghai; Editing by Michael Perry