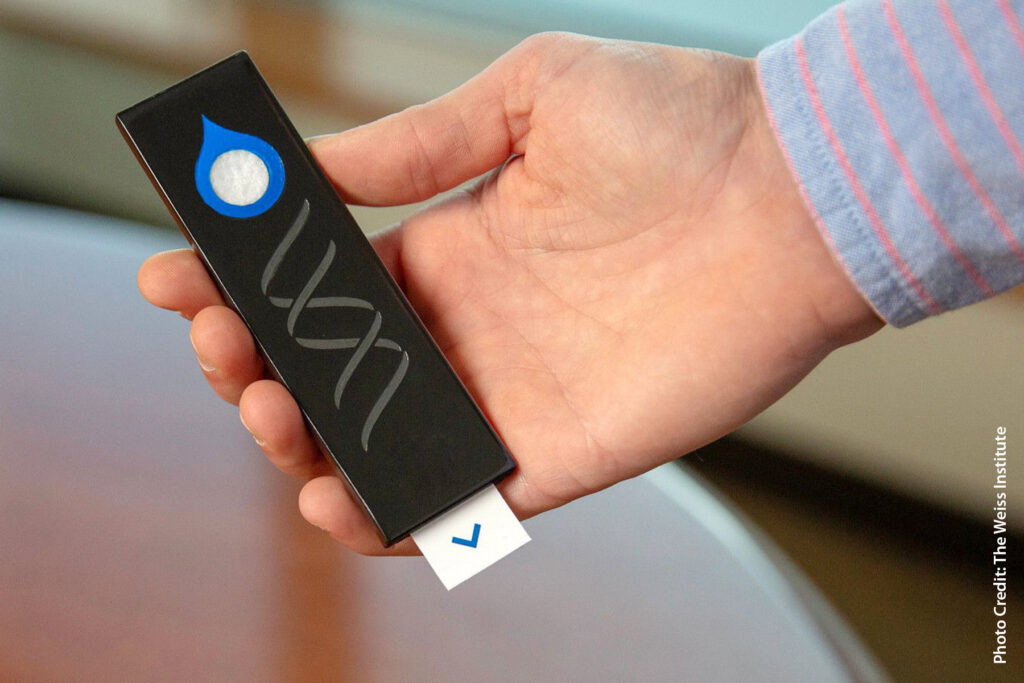 In a media call on Friday, Andy Slavitt, the White House senior adviser for the pandemic response, told reporters that the administration was working with six companies to surge manufacturing of at-home test kits “with the goal of, by summer, having millions of Americans being able to access at-home tests.”


So far, the plan is short on details. He didn’t name the companies or tests but said more announcements would be coming shortly.

“At-home tests are one of the key steps to getting back to normal life,” Slavitt said.

While the U.S. waits for vaccines to quench the pandemic, experts believe an important way to control the virus and fully reopen the economy could be to use quick, cheap paper strip tests to find people who could spread COVID-19.

The tests use saliva or a swab from inside the nose, mixed into a bit of solution. Users drop the solution onto a paper strip, much the way home pregnancy tests work.

The tests use proteins embedded in the paper to recognize and grab onto key pieces of the virus. When the virus is found, another indicator — like a line or a plus sign — changes color to show the result.

Because the tests latch on to a part of the coronavirus that is not mutating, they should still work well to detect even the new variant forms of the virus.

Regulators have been wary of approving them because they have a higher rate of false negatives, compared to gold-standard PCR tests, which are run in a lab.

Instead, the results are most accurate when a person has a lot of virus circulating in their body, typically a day or two before they start showing symptoms to a few days after getting sick.

While that may make them less reliable for diagnosing a COVID-19 infection in someone who has been sick or carrying the virus for a while, testing experts say that makes them great to use as screening tools — a way to catch people who are contagious and isolate them before they can spread the virus.

Michael Mina, PhD, an assistant professor at Harvard’s T.H. Chan School of Public Health and an expert in diagnostic testing, has been a vocal proponent of rapid tests to control the spread of the virus. He said he has taken no funding from any testing companies, though he has been talking to many of them about their technologies.

Mina says if the tests are cheap enough, people could test themselves before they go to work, two to three times a week, for example, to know when they need to stay home so they don’t run the risk of infecting their co-workers. The tests could be used at the entrances of sports arenas, concerts, and airports to help catch people who are contagious and may not know it because they aren’t showing any symptoms.

He said the strategy many people are trying to use now — testing themselves a few days before they travel or visit family — “is useless, and I can’t say it enough. That is a pointless waste of money,” he said in a call with reporters on Friday.

“The best thing you can possibly do is test yourself the moment right before you’re walking into whatever it is, whether it’s work or school or an event or the grocery store, whatever it might be,” he said.

The success of a plan like this depends on having many rapid tests and making them cheap enough so people can use them regularly.

Slavitt said the U.S. was on its way to that goal.

In addition to the new tests announced on Friday, Slavitt said the U.S. would be working with an Australian company called Ellume to get 8.5 million of their tests to Americans by the end of the year. That test uses a device that connects to a smartphone app to give people test results in about 15 minutes. It can also connect to public health reporting systems to help health authorities track positive cases.

Mina said he doesn’t think the Ellume test can be an effective screening tool. For one thing, its price may put it out of reach for regular use. When it was authorized in December, the company said the kit to do the test would cost about $30, which is too expensive for people and businesses to use frequently. Mina said the quantity ordered by the U.S. would only amount to about 3,000 tests a day, not nearly the millions of daily tests the U.S. would need to be using for a while to control the spread of the virus.

“That’s nothing,” he said. “We have wasted money on it. It’s a total waste of money.”

So far, the FDA has declined to approve other rapid tests for home use, saying their results so far have not been accurate enough to meet the agency’s standards for diagnostic tests.

Mina says that if the rules were more flexible, the FDA could approve several new tests and get them to Americans very quickly.

“I don’t think that waiting until the summer is good,” he said in a call with reporters on Friday. “I am encouraged that the administration is making multiple steps right now to try to signal that they are going to be pushing for speedier access to testing, but I think that we have these tests in front of us this moment. We just need to listen to the science a bit more.”