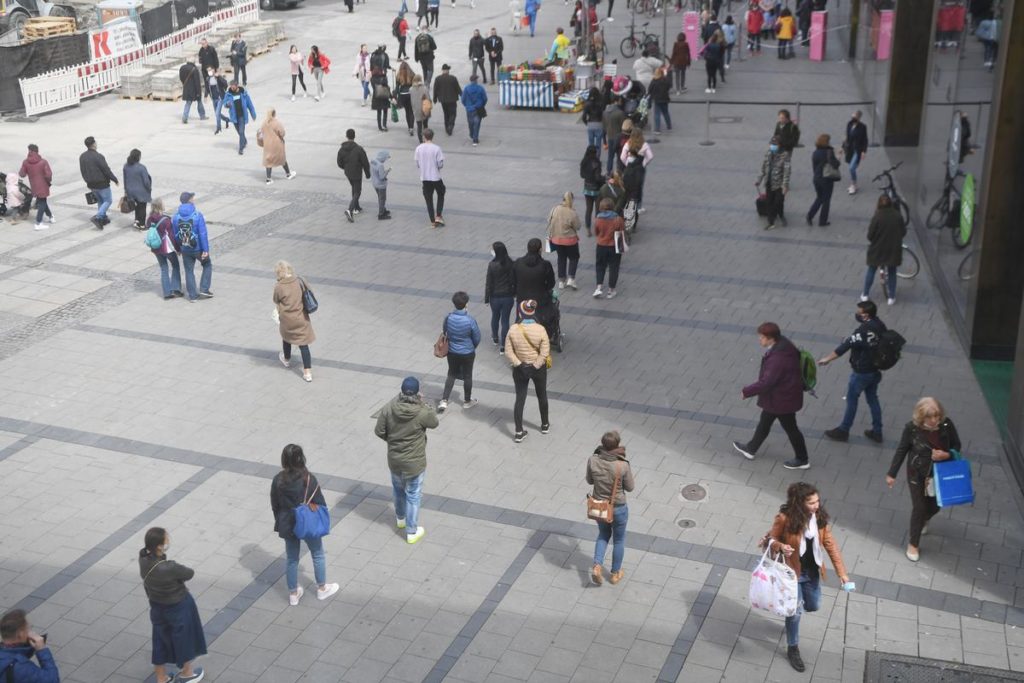 Customers wait in line after the coronavirus disease (COVID-19) lockdown has been eased around the country and companies open some of its stores, in Munich, Germany, May 12, 2020. REUTERS/Andreas Gebert

BERLIN (Reuters) – The reproduction rate for the coronavirus pandemic in Germany fell below the critical threshold of 1 to an estimated 0.94 on Tuesday after a 1.07 reading on Monday, the Robert Koch Institute for public health and disease control said.

The so-called ‘R’ number indicates that 100 infected people would infect 94 others on average in the latest 24-hour period, meaning the number of new infections was slowing after accelerating at the beginning of the week.

“So far, we do not expect a renewed rising trend,” the RKI said in its daily report, adding the overall number of cases in Germany was diminishing, meaning local outbreaks had a greater impact on ‘R’ than with higher case numbers.

It cited recent outbreaks around slaughterhouses as examples of such local cases that could influence the overall ‘R’ number.

Germany is being closely watched worldwide as the most successful large European country in curbing the spread of the virus so far, partly thanks to massive testing, which has enabled a partial reopening of the economy.

Chancellor Angela Merkel has frequently said the reproduction rate of the new coronavirus must be held below 1 to prevent the health system from being overwhelmed. She is due to take questions on the issue from lawmakers on Wednesday.

Merkel, a physicist whose plain-spoken assessments have been held up as models of a scientific approach to the crisis, appealed to Germans on Monday to stick to social-distancing rules to slow down the pandemic.

On Tuesday, she told a meeting of lawmakers from her conservative bloc that Germany must help its European Union neighbours revive their economies after the coronavirus crisis, according to several participants.