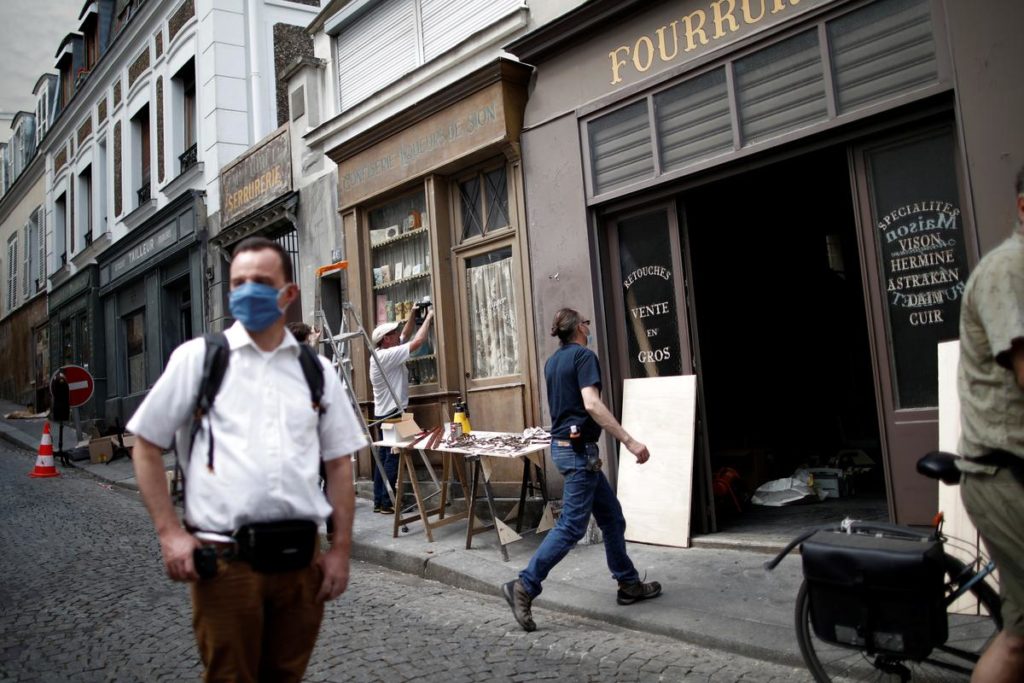 French coronavirus cases jump by 3,325 due to better tracking

FILE PHOTO: Cinema decorators work on a scenography piece for “Adieu Monsieur Haffmann”, an adaptation of a theatre play based in 1940s, on a street of the Montmartre district, as the shooting will resume following the outbreak of the coronavirus disease (COVID-19) in Paris, France, May 25, 2020. REUTERS/Benoit Tessier

PARIS (Reuters) – The number of coronavirus infections in France jumped on the same day the government announced an easing of lockdown rules, but the increase reflected the inclusion of new data rather than a rise in daily infections, the Health Ministry said.

The inclusion of data from a new tracking system boosted the number of confirmed coronavirus cases by 3,325 to 149,071, the biggest increase since a 4,183 increase on May 6, when data from a new laboratory were included.

“The increase compared to yesterday is due to more efficient tracking, not to the epidemiological situation in France,” the ministry said in a statement on Thursday.

It said that from now on France would use a new monitoring system that will allow for more complete tracking.

The ministry did not specify how much the case count had increased on Thursday. On Wednesday, the number of confirmed cases rose by 191, or 0.1%, to 145,555, a lower daily rate of increase than the 0.2% average seen the previous seven days.

The ministry said the virus’ total death toll rose by 66, or 0.2%, to 28,662, the same increase as on Wednesday and the eighth day that the number of deaths remained below 100.

The slowdown in the infection rate and reduced pressure on France’s health system were key factors in the government’s decision to announce further easing of the lockdown rules on Thursday, including the reopening of bars, restaurants and beaches.

Previous Post Lockdown Got You Down? Experts Offer Tips to De-Stress Next Post Hydroxychloroquine combination risky for cancer patients with COVID-19: study