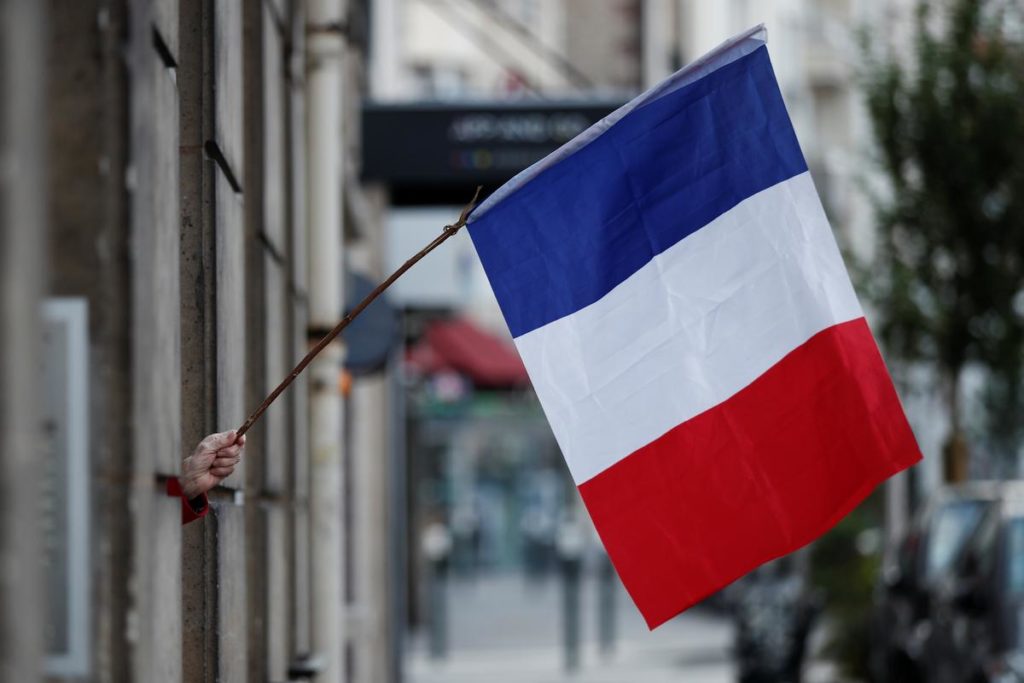 A woman waves a French flag from a window to support healthcare workers amid the coronavirus disease (COVID-19) outbreak in Saint-Mande, near Paris, France May 5 2020. REUTERS/Benoit Tessier

PARIS (Reuters) – France reported more than 300 additional coronavirus-linked deaths for the second day running on Tuesday but the people in hospital with the infection and those in intensive care units for the COVID-19 respiratory disease fell at their steepest rate on record.

After increasing by only 135 on Sunday – the lowest tally in more than a month – the number of people who have died from a coronavirus infection in France climbed by 306 on Monday and by 330 on Tuesday, bringing the death toll to 25,531, the fifth-highest in the world.

France, who plans to start unwinding an almost eight-week national lockdown on May 11, could soon overtake Spain – who reported earlier its third day in a row of coronavirus deaths under 200 for a total of 25,613 – in the fatalities ranking.

The United Kingdom, with 32,313 deaths, has overtaken Italy to report the highest official death toll from the new coronavirus in Europe, figures showed on Tuesday, increasing pressure on Prime Minister Boris Johnson over his response to the crisis.

In a statement, the French Health Ministry also said the number of people in intensive care units fell to 3,430 from 3,696 on Monday, an unprecedented decline of 7.2% and lower for the 27th consecutive day.

The number of people in hospital with coronavirus fell 3%, also at its sharpest rate ever seen since the outbreak, to 24,775, continuing a now uninterrupted three-week fall.

Total confirmed cases rose by 1,104 to 132,967, well below the 3,000 President Emmanuel Macron’s government has set as the upper limit before it would reverse a decision to partially lift the lockdown next Monday.

Previous Post Obamacare May Have Boosted Use of Mammograms Next Post Can You Get Reinfected With Coronavirus?