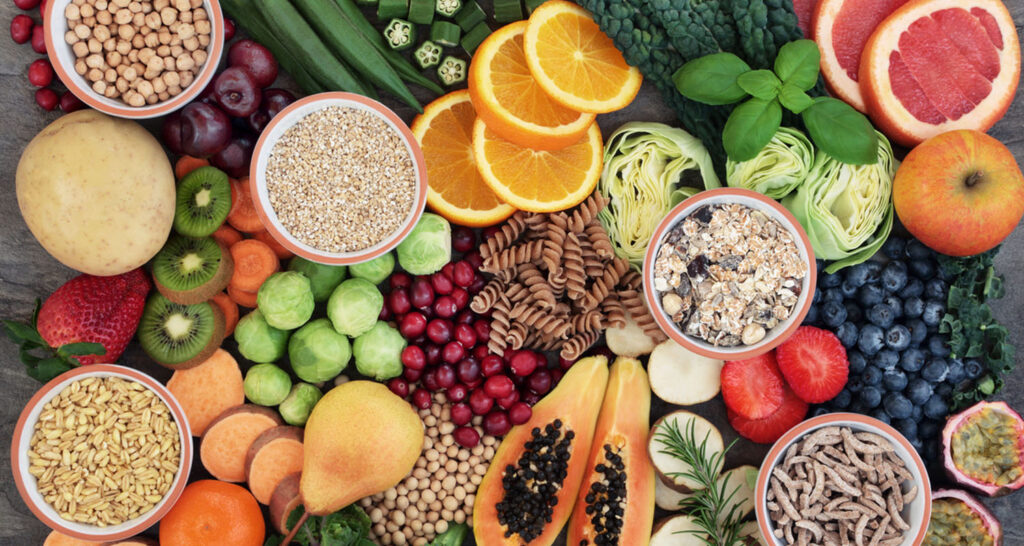 Figure Out Net Carbs for Keto and More


If you’re on a lower-carb keto diet, it’s essential that you know how to calculate net carbs.
Net carbs are the carbs that your body actually processes and uses for energy. While fiber and many sugar alcohols don’t count toward your net carbs on keto, a couple do, so don’t discount them completely.
Find out how to calculate net carbs for keto and what you should know about sugar alcohols.

If you’re new to the ketogenic diet, you’re probably asking yourself, “What are net carbs, and why should I care?” On a lower-carb diet, every gram of carbohydrate you eat counts, so it’s essential to know how to calculate net carbs correctly.

After all, there’s more to a food label than just total carbohydrates. That total can also include fiber, sugar and sugar alcohols. What do they mean, and which ones should you pay attention to so you don’t go over your daily carb limit? This guide explains what net carbohydrates are, why they matter and how to calculate net carbs for yourself.

What are net carbs?

Calculating net carbs is key to figuring out your total carbohydrate intake. The number of net carbs refers to the carbs in food that you can digest and use for energy.

Manufacturers came up with the term “net carbs” in the early 2000s when low-carb diets began to catch on. But there’s no official definition of net carbs, and the net carb count on the nutrition label can be deceiving.

On a keto diet, starches and sugars go into the net carb calculation. A lot of other types of carbohydrates, like insoluble fiber, have no energy value or impact on your blood sugar levels. So, you don’t count them toward your daily keto carbohydrate limit.

To calculate net carbs for keto for yourself, take a food’s total carbs and subtract:

Dietary fiber: Although fiber is technically a carb, your body doesn’t have the enzymes to break it down. So, it passes through your digestive system unchanged. This means (for keto, at least) that grams of fiber have zero net carbs and zero calories.
Sugar alcohols like xylitol and erythritol: Sugar alcohols taste sweet, but their molecular structure is slightly different from that of sugar molecules. A lot of sugar alcohols are either partially or entirely indigestible by humans.

Note that certain sugar alcohols do impact your blood sugar, and you should factor them into your keto carb count if you eat a large amount. For details, see the “How to calculate net carbs for keto” section below.

Pro tip: Bulletproof has a range of keto-friendly snacks that help you stick to your goals, like Bulletproof Chocolate Dipped Collagen Bars.

How to calculate net carbs for keto

The basic formula to calculate net carbs is:

However, not all sugar alcohols are truly carb-free. Some manufacturers selling “low-carb” or “sugar-free” foods will list carb-significant sugar alcohols as if they’re exempt from a product’s total carb count. This makes products appear lower-carb than they actually are.

On the other side of things, manufacturers will sometimes list sugar alcohols that don’t affect your blood sugar as if they were normal carbs, making net carb counts seem higher than they actually are.

So, how are you supposed to calculate net carbs for keto? Know your sugar alcohols.

What you should know about net carbs and these sugar alcohols

The following sugar alcohols do not count toward net carbs for keto. If you’re eating something with these sweeteners, you don’t need to include them in your carb count:[1][2][3]

Exception: The sugar alcohols below do count (at least partially) toward net carbs:[4]

Each gram of maltitol, sorbitol, isomalt or glycerin counts as about half a gram of carbs for keto.

If you’re eating something that contains one of these sugar alcohols, use a slightly different formula to calculate total net carbs.

Take the number of grams of the sugar alcohol, divide by 2 and add it to your carb count. For example:

Although sugar alcohols are not digestible carbs, your gut bacteria can ferment them to various degrees, creating gas and bloating in your small intestine. For this reason, some people don’t tolerate certain sugar alcohols.

Here’s the bottom line: As a ballpark estimate, whether or not you’re a keto dieter, don’t eat more than roughly 15 grams of sugar alcohols at a time. Be especially wary of mannitol, maltitol and sorbitol—you may end up with digestive discomfort.

Why net carbs matter on keto

When you keep net carbs low enough—typically under 50 grams of net carbs per day—your body enters ketosis: a metabolic state where you shift from burning carbs for energy to burning fat for fuel.

Getting into ketosis, and staying there, is the whole goal of keto. When you’re in ketosis, you feel lasting energy, a cognitive boost and fewer cravings, to name just a few benefits. Keto can even help you stay at a healthy weight.

The problem is that eating too many carbs can prevent you from reaching ketosis and staying there. That’s why it’s so important to calculate net carbs. Go over your carb limit, and you’ll fall out of ketosis and lose out on all the benefits. If you’re not seeing results on keto, our number one recommendation is to look at your macronutrient breakdown (how much carbs, fat and protein you eat daily).

Regardless of your diet, a high amount of carbs (and especially refined ones, like starches and sugars) can also contribute to the following side effects:

The trick is figuring out what your ideal carb intake looks like.

The reality is, carbs are fine in moderation. In fact, most people do better with some carbs, which is why Bulletproof suggests a cyclical keto diet with one higher-carb day a week. The standard keto diet allows for 50 grams of net carbs per day, but you might feel more energized and sleep better when you eat closer to 150 grams of net carbs per day—especially if you’re active.

There’s also the glycemic index to consider, along with how your body in particular responds to different kinds of carbohydrates.

Related: What to Eat on Keto: Your Complete Food List

What you should know about the glycemic index

We’ve established that you should always read the nutrition facts on your foods, and when you eat carbs that don’t raise your blood sugar, you can take them out of your net carb total. But you also want to avoid highly insulinogenic carbs—food choices that trigger a blood sugar response in the body.

These foods are higher on the glycemic index (GI)—a numerical score that indicates how a food will affect your blood sugar. On keto, you want to avoid foods with a high GI, which means it will have a larger effect on your blood sugar. Even if you’re fat-adapted on keto, a serving of sweet potatoes might trigger a significant insulin response and kick you out of ketosis.

If you’ve been following keto, you already know to avoid foods like pasta and whole grains, which are high-glycemic carbs. The GI score also explains why you should avoid foods like potatoes, carrots and legumes—even though they contain fiber, they’re more likely to mess with your insulin levels and kick you out of ketosis.

Speaking of blood sugar, quality fats like Bulletproof Brain Octane C8 MCT Oil have a lower glycemic index. This is one of the ways MCT oil supports sustained, steady energy without the crash you get from pasta and sugar. Not sure how to add it to your routine? Find out how to use MCT oil.