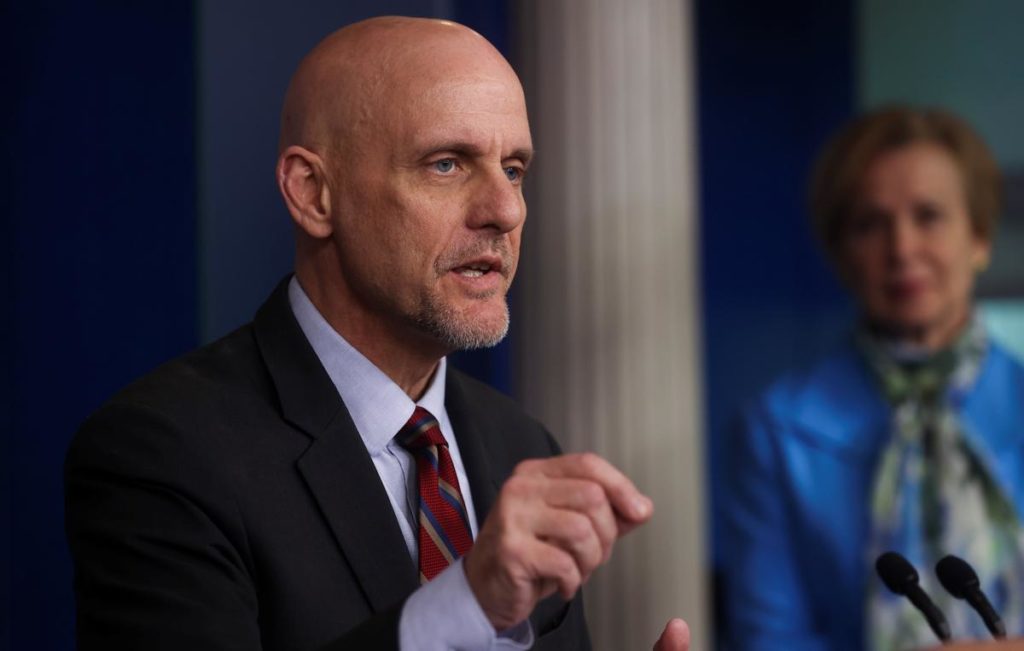 (Reuters) – U.S. Food and Drug Administration Commissioner Stephen Hahn is in self-quarantine for a couple of weeks after coming into contact with someone who tested positive for COVID-19, an FDA spokesman told Reuters late on Friday.

Hahn immediately took a diagnostic test and was tested negative himself for the novel coronavirus, FDA spokesman Michael Felberbaum said in an emailed statement.

Politico reported earlier that it was Katie Miller, U.S. Vice President Mike Pence’s press secretary, whom Hahn had come into contact with.

Asked by Reuters to confirm the details in the report, the statement did not name the person who was tested positive for COVID-19 with whom the commissioner had met.

Miller, also the wife of one of President Donald Trump’s senior advisers, tested positive on Friday, raising alarm about the virus’ potential spread within the White House’s innermost circle.

The diagnosis of Miller, who is married to White House immigration adviser and speech writer Stephen Miller, was revealed by Trump in a meeting with Republican lawmakers on Friday.

“As Dr. Hahn wrote in a note to staff today, he recently came into contact with an individual who has tested positive for COVID-19. Per CDC guidelines, he is now in self-quarantine for the next two weeks”, the FDA spokesman said.

About 3.90 million cases of the coronavirus have been recorded worldwide with nearly 1.27 million coming from the United States alone, according to a Reuters tally as of late Friday. The worldwide death toll stands at about 270,000 with the United States recording over 75,000 deaths.

The virus, first detected in the central Chinese city of Wuhan late last year, has also driven millions into unemployment as a result of lockdown measures put in place to curb a rise in infections.

Reporting by Kanishka Singh in Bengaluru; Editing by Jacqueline Wong

Previous Post U.S. Jobless Rate at Nearly 15 Percent as Coronavirus Cases Top 1.2 Million Next Post Caregiving Is Never Easy, and COVID-19 Has Made It Harder