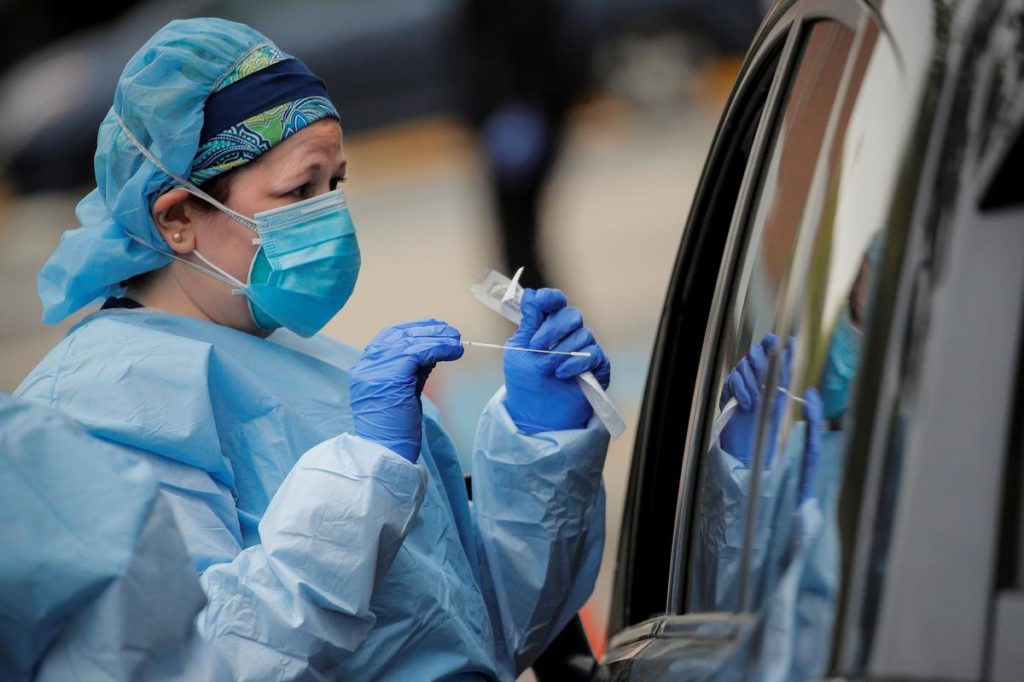 Factbox: Latest on the worldwide spread of the coronavirus

(Reuters) – More than 3.95 million people have been reported to be infected by the novel coronavirus globally and 273,805 have died, according to a Reuters tally, as of 0214 GMT on Saturday.

* Prime Minister Boris Johnson will not announce any dramatic changes to Britain’s coronavirus lockdown on Sunday, adopting a cautious approach to try to ensure there is no second deadly peak of infections, his environment minister said.

* Madrid and Barcelona will not progress to the next phase of Spain’s exit from one of Europe’s strictest lockdowns that will allow bars, restaurants and places of worship to reopen in some areas from Monday, the government announced.

* Russia marks 75 years since the Soviet victory over Nazi Germany in World War Two on Saturday, but the pandemic has forced it to scale back celebrations seen as boosting support for the Kremlin.

* Italy on Friday became the third country in the world to record 30,000 deaths from the coronavirus.

* The U.S. government reported more massive economic fallout from the coronavirus crisis on Friday, with the unemployment rate last month leaping to 14.7%. A day after the White House confirmed that President Donald Trump’s personal valet had tested positive for the virus, Trump said Katie Miller, press secretary to Vice President Mike Pence, had also been infected. California gave the green light for its factories to restart.

* Mexican President Andres Manuel Lopez Obrador said on Friday he aims to present plans next week to reopen the economy, as key sectors like carmaking look to begin business again after over a month of quarantine measures.

* Argentina extended until May 24 a quarantine for its capital Buenos Aires but relaxed the restriction elsewhere in the country, President Alberto Fernandez said on Friday.

* British medical journal The Lancet called President Jair Bolsonaro the biggest threat to Brazil’s ability to successfully combat the spread of the coronavirus and tackle the unfolding public health crisis.

* China will reform its disease prevention and control system to address weaknesses exposed by the coronavirus outbreak, a senior health official said on Saturday.

* Australia’s most populous states held back from relaxing coronavirus restrictions although other states began allowing small gatherings and were preparing to open restaurants and shops.

* Senior international Olympics official John Coates said the delayed Tokyo Olympics could end up being the greatest Games ever, coming next year as the world emerges from the COVID-19 crisis.

* The coronavirus could kill between 83,000 and 190,000 people in Africa in the first year and infect between 29 million and 44 million in the first year if it is not contained, the World Health Organization said.

* Kuwait will enact a “total curfew” from 4 p.m. (1300 GMT) on Sunday through to May 30, the Information Ministry said on Twitter on Friday.

* The head of the International Monetary Fund signaled a possible downward revision of global economic forecasts, and warned the United States and China against rekindling a trade war that could weaken a recovery from the pandemic.

* As many parts of the world’s biggest economy begin to reopen after weeks of stay-at-home orders, Americans should not expect a quick return to growth, U.S. Federal Reserve officials said on Friday.

* India’s fuel demand dipped 45.8% in April from a year earlier, as a nationwide lockdown and travel curbs eroded economic activity.

* Auto production in Mexico and Brazil, Latin America’s top producers, plunged by an unprecedented 99% in April, with the two countries building a total of just 5,569 units.

Previous Post COVID-19 Pandemic May Lead to 75,000 ‘Deaths of Despair’ Next Post Your Doctor Wants to Reschedule That Surgery. But Is It Safe Now?