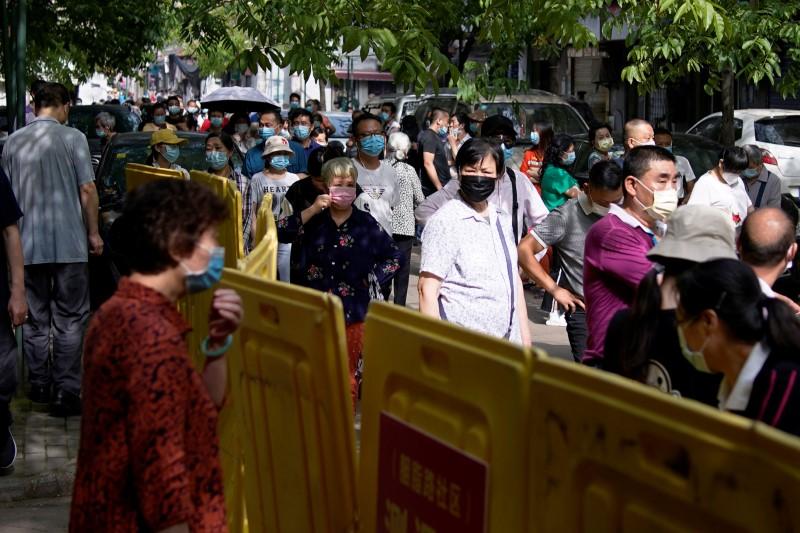 BEIJING (Reuters) – China said 300 symptomless carriers of the novel coronavirus in Wuhan, the epicentre of the pandemic, had not been found to be infectious, in a bid to reassure people as countries ease restrictions. But some experts say asymptomatic infections are common, presenting a huge challenge in the control of the disease.

The World Health Organization (WHO) defines here asymptomatic cases as those who don’t show symptoms but have been confirmed infected through a lab test. WHO notes there are few reports of truly asymptomatic cases.

The incubation period, or the time a person takes to show symptoms after getting infected, is the pre-symptomatic phase, the WHO says. Carriers can infect others during this period.

Health experts are not yet sure whether asymptomatic or pre-symptomatic cases are infectious. Some say data so far suggests those cases are probably equally likely to be able to spread infection.

The WHO agrees that pre-symptomatic carriers are infectious, and adds that there is also a possibility – although little evidence so far – that people who are asymptomatic may also transmit the virus. The WHO had said in early April that there had been no documented asymptomatic transmissions.

WHAT ELSE DOES CHINA SAY?

China has reported around 83,000 cases of COVID-19, the disease caused by the new coronavirus. It does not include asymptomatic cases in that total official count, but began reporting them separately on a daily basis on March 31.

That has raised concerns about Beijing’s commitment to transparency, and some experts say it could also paint a misleading picture of how the virus spreads.

“If you watch (such asymptomatic cases) really closely, you would see something … that probably fits with a more realistic mild disease than a complete asymptomatic,” Ian Mackay, a virologist at the University of Queensland said.

“But the term is around now and it’s going to stick. It’s a nice piece of theatre, but I don’t think it’s going to give useful information.”

Asymptomatic cases under medical observation in China dropped to 357 as of Tuesday from 1,541 as of March 30.

Wuhan has tested almost its entire population of 11 million and found no new COVID-19 cases.

Wuhan’s low rate of symptomless carriers is in line with China’s previous reporting, said Zhong Nanshan, the government’s senior medical adviser, adding that the result showed that the country didn’t cover up the epidemic as some U.S. politicians claimed.

HOW ABOUT REST OF ASIA?

Some countries in Asia include asymptomatic carriers in their total confirmed cases.

In Vietnam, which has just over 300 COVID-19 cases, almost 37% were symptomless, according to health ministry data.

Researchers concluded that asymptomatic infection was common and found two asymptomatic patients had infected at least four other people.

South Korea, which had early success in taming the outbreak through aggressive testing, said 20%-30% were asymptomatic. A senior health official said the virus could be widely transmitted during the incubation period, but asymptomatic patients were less likely to transmit it.

Singapore, which has the highest number of cases in Southeast Asia, does not give data on asymptomatic cases but has said an overwhelming majority of positive cases in its crowded migrant workers’ dormitories show mild or no symptoms.

The Philippines said about 13% of its nearly 19,000 cases were asymptomatic. In India, some 28% of 40,184 people who tested positive between Jan. 22 and April 30 were asymptomatic, according to a study.

Previous Post Final States Reopen Amid Worries That Protests Will Spark New COVID Infections Next Post After Saving Her Husband With CPR, She Gave Birth to Their Son