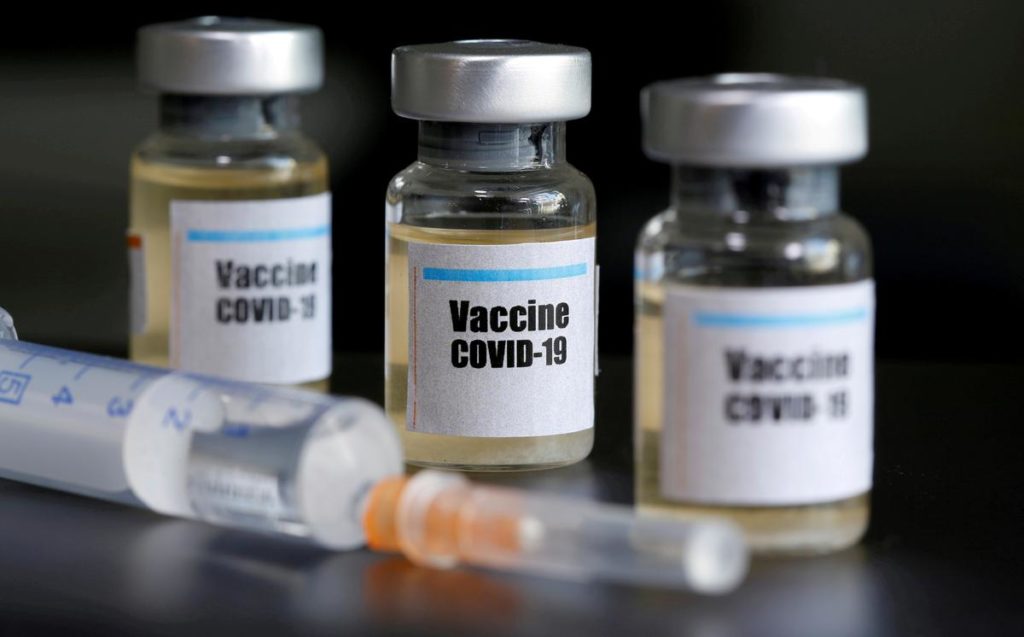 CHICAGO (Reuters) – The United States plans a massive testing effort involving more than 100,000 volunteers and a half dozen or so of the most promising vaccine candidates in an effort to deliver a safe and effective one by the end of 2020, scientists leading the program told Reuters.

The project will compress what is typically 10 years of vaccine development and testing into a matter of months, testimony to the urgency to halt a pandemic that has infected more than 5 million people, killed over 335,000 and battered economies worldwide.

To get there, leading vaccine makers have agreed to share data and lend the use of their clinical trial networks to competitors should their own candidate fail, the scientists said.

Candidates that demonstrate safety in small early studies will be tested in huge trials of 20,000 to 30,000 subjects for each vaccine, slated to start in July.

Between 100,000 and 150,000 people may be enrolled in the studies, said Dr. Larry Corey, a vaccine expert at Fred Hutchinson Cancer Center in Seattle, who is helping design the trials. “If you don’t see a safety problem, you just keep going,” Dr. Francis Collins, director of the National Institutes of Health (NIH), told Reuters. The vaccine effort is part of a public-private partnership called Accelerating COVID-19 Therapeutic Interventions and Vaccines (ACTIV) announced last month.

The effort fits into the research and development arm of “Operation Warp Speed,” the White House program announced last week to accelerate coronavirus vaccine development. Vaccines, which are intended for use in healthy people, are typically tested in successive steps, starting with trials in animals.

Human testing begins with a small safety trial in healthy volunteers, followed by a larger study to find the right dose and get an early read on efficacy. The final stage consists of large-scale testing in thousands of people. Only then would a vaccine developer commit to manufacturing millions of doses. In the era of coronavirus, many of those steps will overlap, particularly the mid-stage and late-stage trials, Collins and Corey said.

The approach has its risks, as certain safety issues may only appear in large-scale trials. Americans are concerned about the speed of the vaccine effort, a Reuters/Ipsos poll showed. A highly effective vaccine could be tested in as little as six months if there is a big difference in benefit between the vaccine and placebo groups, Corey said. For a modestly effective vaccine, trials could take nine to 12 months.

The U.S. government has committed billions of dollars to help manufacturers produce doses of vaccines that may never prove successful.

To get the quickest answer, vaccines will be tested in healthcare workers and communities where the virus is still spreading to show whether they reduced new cases of COVID-19. Washington, D.C, which has not reached the peak of its outbreak, is one likely test site. Trials may be conducted abroad, including in Africa, where the virus has just started to spread, Collins said.

The government plans to tap its own trial networks, including the Department of Veterans Affairs’ 100 healthcare facilities, for potential study volunteers, while drugmakers will recruit from their clinical research networks.

A Moderna Inc vaccine, developed in partnership with the NIH, will be the first to the enter large-scale testing in July, and may be joined by a vaccine from Britain’s Oxford University and AstraZeneca Plc, Collins said.

The U.S. government said on Thursday it would spend $1.2 billion to secure 300 million doses of the Oxford vaccine. “What we might try to do is run those two side by side, but with a control arm” that would also include 10,000 healthy individuals who got a dummy vaccine, Collins said. Moderna’s candidate is already proceeding to mid-stage human trials. Vaccines by Johnson & Johnson, Sanofi and Merck & Co are a month or two behind the frontrunners and “may get added over the course of the summer” following early-stage human trials, Collins said.

Merck has not made any specific announcements on its vaccine program and declined to comment.

Collins would not name other candidates on the U.S. shortlist of 14, but said they will need to finish early safety testing by this summer to make it into the bigger trials. Trials will need to assess if the vaccines cause disease enhancement – a potentially dangerous side effect in which the vaccine makes the disease worse in some individuals instead of preventing it. Disease enhancement has been seen in animal studies of vaccines developed to fight a close cousin of the virus that causes COVID-19. “If there is enhancement, that’s a big stop sign for everything,” said Dr. Anthony Fauci, director of the National Institutes of Allergy and Infectious Diseases at NIH.

“If all the cards fall into the right place and all the stars are aligned, you definitely could get a vaccine by December or January,” Fauci said.