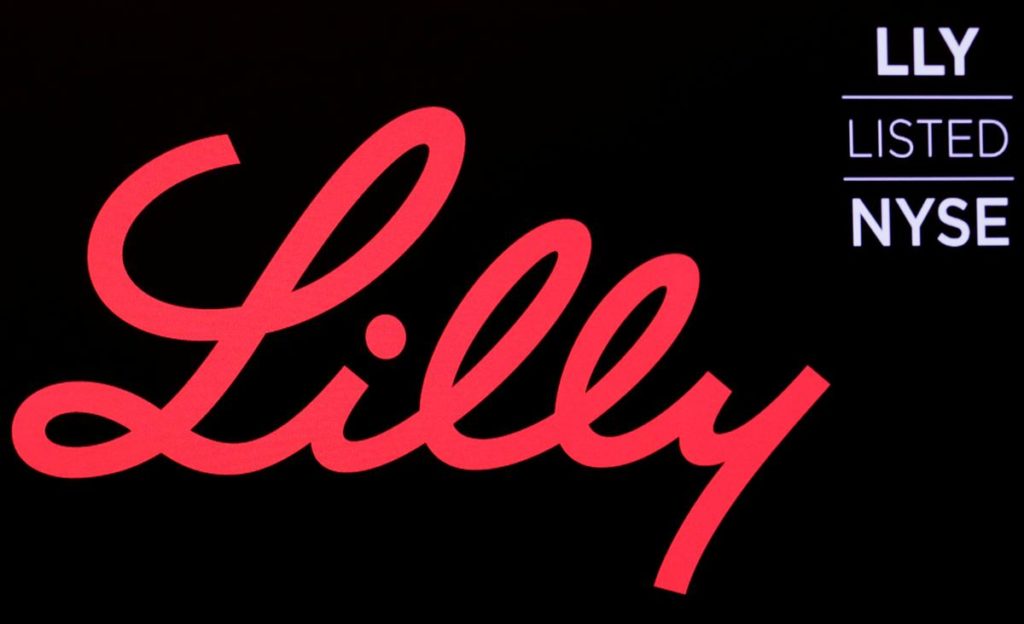 Exclusive: Lilly COVID-19 treatment could be authorized for use as soon as September – chief scientist

(Reuters) – Eli Lilly and Co could have a drug specifically designed to treat COVID-19 authorized for use as early as September if all goes well with either of two antibody therapies it is testing, its chief scientist told Reuters on Wednesday.

FILE PHOTO: The logo and ticker for Eli Lilly and Co. are displayed on a screen on the floor of the New York Stock Exchange (NYSE) in New York, U.S., May 18, 2018. REUTERS/Brendan McDermid

Lilly is also doing preclinical studies of a third antibody treatment for the illness caused by the new coronavirus that could enter human clinical trials in the coming weeks, Chief Scientific Officer Daniel Skovronsky said in an interview.

Lilly has already launched human trials with two of the experimental therapies.

Skovronsky said the therapies – which may also be used to prevent the disease – could beat a vaccine to widespread use as a COVID-19 treatment, if they prove effective.

“For the treatment indication, particularly, this could go pretty fast,” he said in an interview. “If in August or September we’re seeing the people who got treated are not progressing to hospitalization, that would be powerful data and could lead to emergency use authorization.”

“So that puts you in the fall time: September, October, November is not unreasonable,” he said.

Coronavirus vaccines being developed and tested at unprecedented speed are not likely to be ready before the end of the year at the earliest.

Earlier this month, Lilly announced it had initiated patient testing for two separate antibody treatments. One currently designated LY-CoV555 is being developed in partnership with Canadian biotech AbCellera. The other, JS016, it being developed with Chinese drugmaker Shanghai Junshi Biosciences.

Both work by blocking part of the virus’ so-called spike protein that it uses to enter human cells and replicate.

Lilly’s third antibody treatment candidate acts on a different part of the virus and will most likely be tested in combination with one or both of the others, Skovronsky said.

The drugmaker, however, said it has a strong preference to develop a treatment that can work well in COVID-19 patients as a stand alone, as manufacturing these type of drugs, which are typically administered by infusion, is a complex process and capacity is limited.

“It’s good to have two antibodies. The downside is that manufacturing is precious. We have limited manufacturing capacity. If two antibodies are required, half as many people will get treated,” Skovronsky said. “So our goal is to see if we can do one antibody at as low a dose as possible.”

Lilly will have the capacity to make hundreds of thousands of doses by the end of the year if it can treat COVID-19 patients using a single antibody drug rather than with a combination, he said.

Preventing the disease with these type of drugs presents a different manufacturing challenge entirely.

“Global capacity for antibodies is just not high enough that we could ever think about adequate doses” for “billions of people in the prophylactic setting,” Skovronsky said.

The better solution is to widely inoculate people with COVID-19 vaccines when available, and reserve antibody treatments for people who have the disease or were recently exposed to it.

They could also help vulnerable populations where vaccines are less effective, such as nursing home patients, he said.

The Indianapolis-based drugmaker plans to produce the medicines in plants in Kinsale, Ireland and New Jersey, and is willing to use its capacity to help manufacture another company’s successful treatment, should Lilly’s fail in clinical trails.

Lilly is continuing to screen for antibodies through its partnership with AbCellera, which is working with the U.S. National Institutes of Health to identify promising compounds, Skovronsky said.