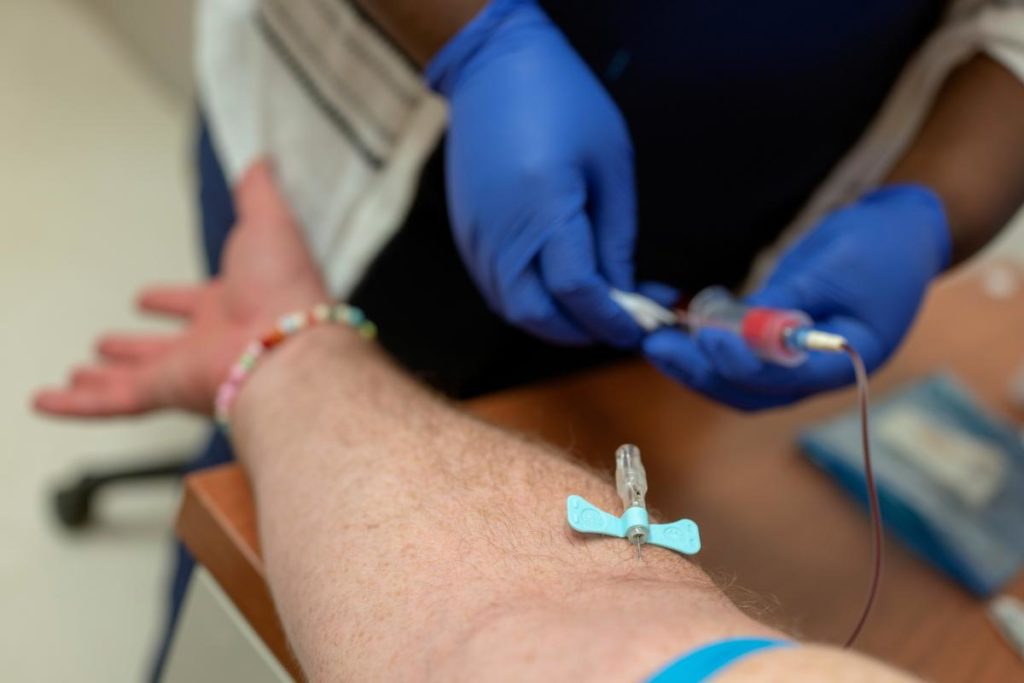 (Reuters) – The U.S. Centers for Disease Control and Prevention (CDC) plans a nationwide study of up to 325,000 people to track how the new coronavirus is spreading across the country into next year and beyond, a CDC spokeswoman and researchers conducting the effort told Reuters.

The CDC study, expected to launch in June or July, will test samples from blood donors in 25 metropolitan areas for antibodies created when the immune system fights the coronavirus, said Dr. Michael Busch, director of the nonprofit Vitalant Research Institute.

Busch is leading a preliminary version of the study – funded by the National Heart, Lung and Blood Institute and the National Institute of Allergy and Infectious Diseases – that is testing the first 36,000 samples.

The CDC-funded portion, to be formally announced this week, will expand the scope and time frame, taking samples over 18 months to see how antibodies evolve over time, said CDC spokeswoman Kristen Nordlund.

Vitalant, a nonprofit that runs blood donation centers and tests samples, will lead the broader effort as well.

Antibody studies, also known as seroprevalence research, are considered critical to understanding where an outbreak is spreading and can help guide decisions on restrictions needed to contain it.

The CDC study should also help scientists better understand whether the immune response to COVID wanes over time.

The novel coronavirus has infected around 1.5 million people in the United States and killed nearly 90,000, according to a Reuters tally.

The CDC study will test blood from 1,000 donors in each of the 25 metro areas monthly, for 12 months. Researchers will then test blood from another 25,000 donors at the 18-month mark. Samples will come from “regular, altruistic people” who come in to donate blood, Busch said.

Some public health officials have complained that the CDC has lagged on research and guidance for local governments trying to cope with the pandemic. “We’re feeling exposed at the local level, in terms of not seeing that kind of organized plan from CDC,” Dr. Matt Willis, public health officer for Marin County, California, said in an interview last week.

News of the study brought Willis some reassurance. “Partial answers and preliminary results are better than nothing when you have a decision to make” that could affect lives, he said, like when to reopen parks and businesses.

The CDC’s Nordlund said the study “is indicative of how leaders across the federal government are working collaboratively with partners in academia and in blood donation and testing industries” to monitor COVID-19.

She added that blood donor results can be used by CDC to form estimates about the broader population through statistical methods. “This has been done with West Nile virus, Zika, and other emerging infectious diseases,” she said.

The six metropolitan areas being surveyed in the precursor study are New York, Seattle, the San Francisco Bay Area, Los Angeles, Boston and Minneapolis, said Dr. Graham Simmons, another Vitalant researcher involved in the project. “In all likelihood” the next phase will add Miami, Atlanta, New Orleans, Dallas, St. Louis, Chicago, Denver and others, Simmons said.

“We have selected sites to give a broad geographical distribution throughout the country,” Simmons said, including sites with high infection rates or places where rates may increase.

Researchers at John Hopkins University, in a 2019 paper, found blood donors, who are disproportionately healthy, are not always ideal populations for research. (bit.ly/2LDtz910)

The CDC study may not “generate results that are generalizable to the population,” Thomas McDade, a researcher at Northwestern University, said in an interview.

Still, it could “substantially add to our understanding of (COVID-19) infections,” said Dr. Susan Philip, deputy health officer at the San Francisco Department of Public Health.

“It will be a large sample size, geographically diverse … and quick to set up,” Philip added.

Some local governments have done their own seroprevalence research. New York in April found antibodies in more than 20% of some 3,000 test subjects, suggesting the number of residents exposed to the virus in the hardest-hit state is much higher than the 355,000 who have tested positive.

Last week, an antibody study by the city of Boston and Massachusetts General Hospital found 10% of the population had COVID-19 antibodies. The Spanish government ran a study showing exposure in 5% of people – suggesting 10 times the number of confirmed positive cases.