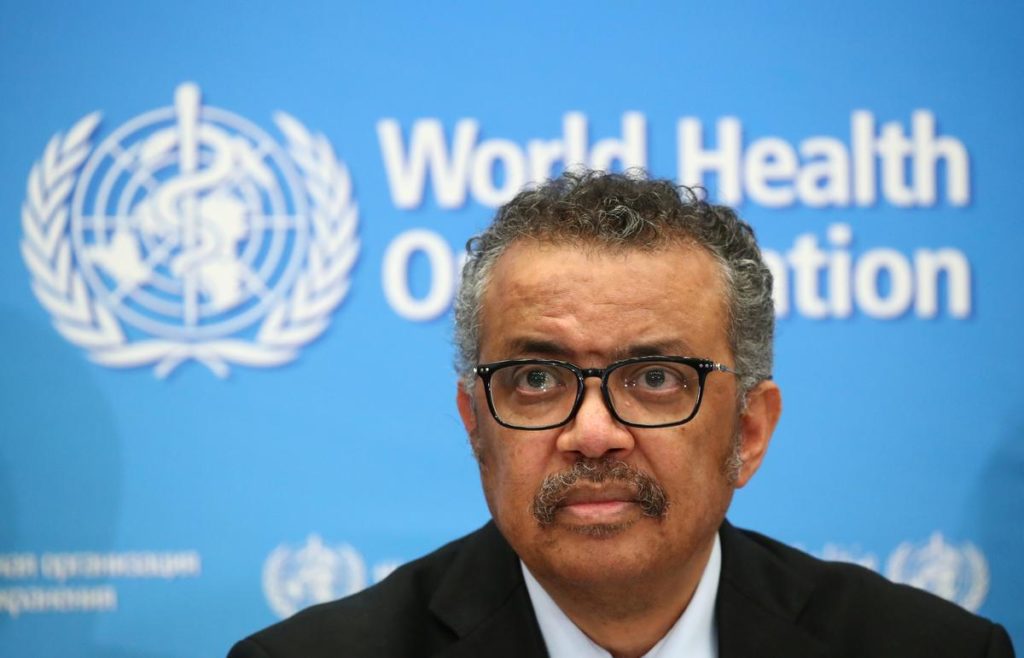 GENEVA (Reuters) – The European Union is backing calls for a timely review of the international response to the coronavirus pandemic, including the World Health Organization’s performance, according to the draft of a resolution for ministers to debate at the WHO.

European diplomats said the United States and China have taken part in negotiations on the EU resolution, but gave no details of their input. A Chinese spokesman confirmed Beijing had been involved, but U.S. officials declined comment.

WHO Director-General Tedros Adhanom Ghebreyesus has defended the U.N. agency against fierce criticism by U.S. President Donald Trump but has promised a review of its performance after the pandemic eases, including by its independent oversight body.

An initial draft of the EU resolution, to be debated by WHO health ministers meeting virtually on May 18-19 at the World Health Assembly, includes wording on “commending the WHO leadership” but calls for “an evaluation … at the earliest appropriate moment on lessons learnt from the international health response to COVID-19.”

The draft, seen by Reuters, says the evaluation should address the long-term consequences on health and “gaps in pandemic preparedness” and reminds the 194 WHO member states they must report outbreaks of disease in a “timely manner”.

“Negotiations have begun. The Americans, Chinese and Europeans are taking part, almost everyone is. It’s a very good sign that everyone is engaged,” a European diplomat said.

If confirmed, the U.S. involvement in discussions about the text would signal that Washington is engaging in diplomacy at the WHO despite suspending its funding for the agency last month, accusing it of being “China centric” and issuing bad advice.

China has been consulted despite criticism by several countries, including the United States, that it mishandled the early stages of the pandemic and was slow to reveal the extent of the threat it posed.

Asked about consultations on the resolution, an EU spokeswoman said “there is a high level of participation”, and that the text is evolving. The bloc and its member states seek “to make it a truly inclusive process and produce a text that speaks for all”, she said.

The U.S. mission to the U.N. in Geneva did not reply to a request for comment.

“It is important to demonstrate global solidarity and avoid disparity and confrontation in our common fight against the epidemic through this document. China will continue to work with the EU and many other countries to achieve this goal,” he said.

Previous Post How Safe Are Your Pets? Next Post Face Mask Policies Being Introduced by Uber, Lyft