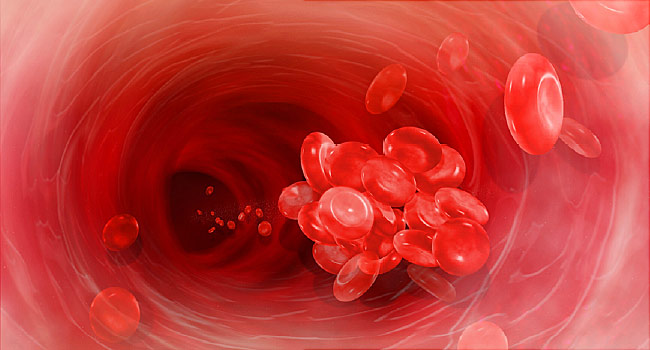 FRIDAY, May 29, 2020 (HealthDay News) — In a small French study, three-quarters of all COVID-19 patients admitted to intensive care went on to experience a dangerous blood clot in the leg that can travel to the lungs and potentially cause death.

Known as a DVT, the condition first gained notoriety as so-called “economy class syndrome,” when passengers on long-haul flights developed them after sitting still for too long. But the clots can be life-threatening, and the frequency at which they are showing up in COVID-19 patients is cause for alarm, experts say.

The new findings “were quite astonishing,” said Dr. Maja Zaric, a U.S. cardiologist who wasn’t connected to the French study.

“Sixty-five percent of all admitted patients had evidence of lower extremity DVT upon admission, and two days later that percent increased to 79%,” said Zaric, a heart specialist at Lenox Hill Hospital in New York City.

She and the French researchers said the findings lend support to prompt testing of all hospitalized COVID-19 patients for signs of clotting risk, and for the use of blood-thinner medications in patients deemed to be at risk.

One of the unexpected and troubling hallmarks of COVID-19 has been its effect on clotting and the subsequent rise in stroke risk, even among younger patients. According to Zaric, what’s driving the increased “stickiness” in blood isn’t clear — it could be a byproduct of an inflammatory “storm” produced by coronavirus infection, or some abnormality in the function of the walls lining blood vessels.

The new research was led by Dr. Tristan Morichau-Beauchant, an intensive care unit (ICU) specialist at the Northern Cardiology Center in Saint-Denis, France. The study focused on 34 consecutive COVID-19 patients admitted to intensive care at the center between mid-March and the beginning of April.

All of the patients were given blood thinners upon admission, and doctors also ordered leg ultrasounds, taken at admission and then again 48 hours later.

Blood tests, looking for a key marker of clotting risk called D-dimer, were also taken from each patient.

“D-dimer is a byproduct of clot activity,” Zaric explained, “and is frequently used as a screening ‘rule out’ test to exclude possibility of DVT or pulmonary embolism [lung clot].”

The team found extremely high rates of DVT — more than three-quarters of patients developed a leg clot. In some cases, the clots didn’t form until two days after hospital admission, the French researchers said.

“Such high prevalence of DVT in critically ill patients is truly staggering despite the fact that all patients have received usual DVT [preventive medications] ahead of ICU admission,” Zaric said.

Morichau-Beauchant and colleagues noted that, as is common in severely ill COVID-19 patients, many had preexisting medical issues. Nearly half (44%) had diabetes, more than a third (38%) had high blood pressure and many were obese.

Because blood levels of D-dimer were high, indicative of clot risk, outcomes for these patients “might be improved with early detection and a prompt start of anticoagulant [blood thinner] therapy,” the French team said.

Zaric agreed. “While we should continue with all available antiviral and anti-inflammatory therapies and respiratory support of those admitted with COVID-19, it appears as we ought to keep an eye on inflammatory marker trends as well, and in particular the D-dimer levels,” she said.

Early use of blood-thinning drugs in those at risk is also imperative, Zaric said, and should be continued even after patients have been discharged from hospital care.

“In our institution, we have been implementing recommendations to discharge those with high D-dimer levels on a short-term anticoagulation course of four to six weeks, even if no evidence of DVT or pulmonary embolism could be demonstrated, as long as close clinical and imaging follow-up can be established as an outpatient,” she explained.

The new study was published online May 29 in JAMA Network Open.