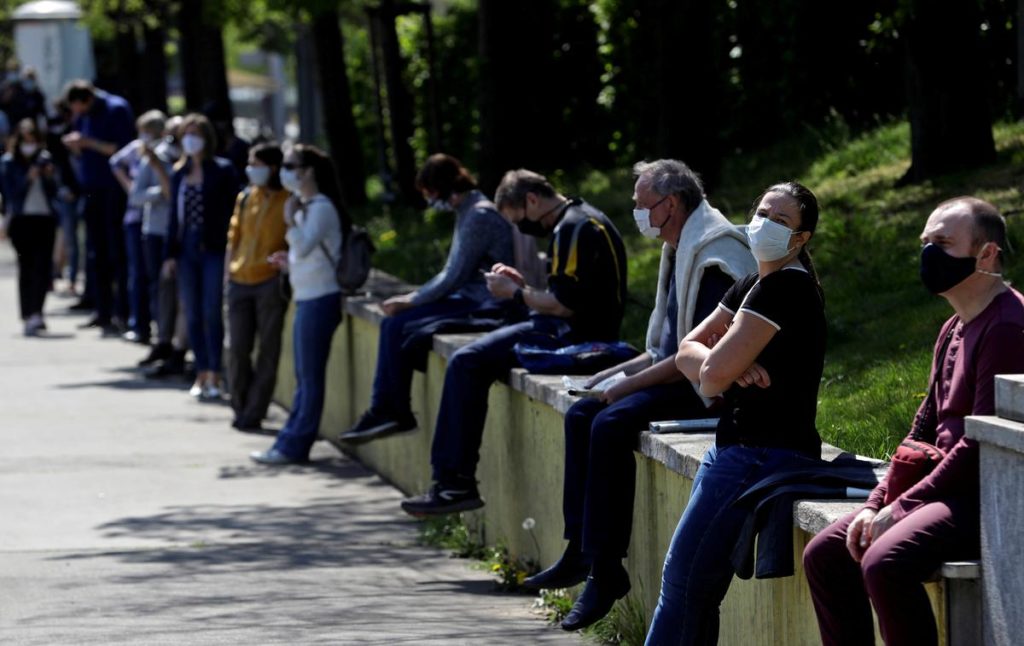 PRAGUE (Reuters) – Immunity to the novel coronavirus is building up very slowly in the Czech Republic, with no more than 4-5% of the population likely to be covered, the health ministry said on Wednesday, after mass testing for antibodies that started last month.

FILE PHOTO: People keep social distance while waiting in line to be tested for the coronavirus disease (COVID-19) as a part of a study about undetected infections with the coronavirus in the population in Prague, Czech Republic, April 23, 2020. REUTERS/David W Cerny/File Photo

The Czech Republic, a country of 10.7 million, was one of the quickest in Europe to impose curbs on travel and border crossings and shut most shops and restaurants.

The study result is slightly higher than a European average of 0.2-3%, shown in 16 studies under way or completed, the ministry said. In those studies, the share of people infected but without symptoms was 20-50%.

The preliminary results from the Czech study found immunity levels were likely to be lower in the two biggest cities, Prague and Brno.

Overall, it found 107 positive cases after testing 26,549 people, making it one of the largest studies in Europe.

The country is only now reopening in phases and Health Minister Adam Vojtech said the study would not change its plans.

“It does not mean that we should stop easing the blanket measures, because the epidemiologic situation has been developing well,” he said. “There are just some local hot spots.”

The study estimated the number of people infected by the virus but not showing symptoms could range from 27-38%.

The country has recorded 7,899 cases of the virus, much lower than in western European neighbours. More than half have recovered and 258 have died.

The number of active cases has steadily declined, to 3,624 reported on Wednesday morning. New infections have been below 100 all but one day since April 22.

In Germany, more than 10 times as many people have likely been infected than the confirmed number of cases, researchers from the University of Bonn concluded this week from a field trial in one of the worst-hit towns, Heinsberg on the Dutch border.