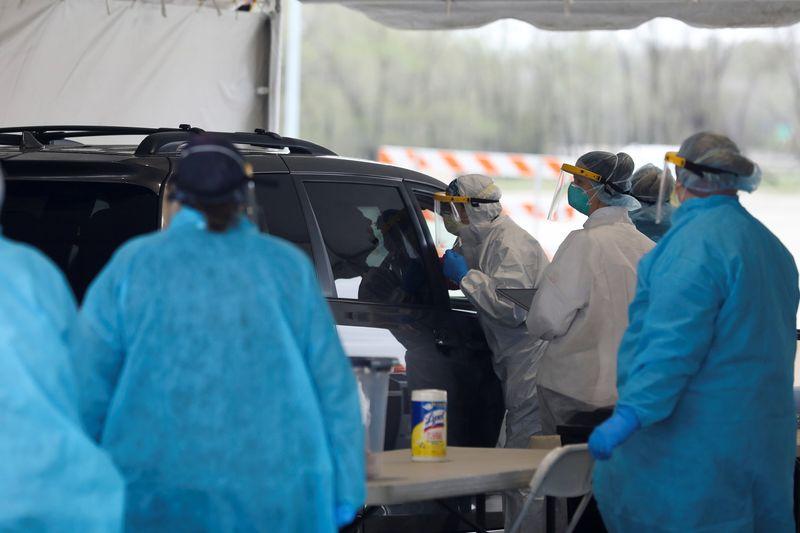 (Reuters) – CVS Health Corp said on Thursday it would roll out more than 50 COVID-19 testing sites at select pharmacy drive-thru locations in five U.S. states, and expects to have up to 1,000 such locations across the country by the end of the month.

The drugstore chain, which has been operating large-scale testing sites since early April, said the new locations will be across Arizona, Connecticut, Florida, Massachusetts and Pennsylvania.

CVS and other U.S. retailers such as Walgreens Boots Alliance, Walmart Inc and Target Corp have pledged at a White House conference in March to provide space for drive-through testing sites in their parking lots.

The aim is ramp up testing, reduce burden on hospitals and emergency rooms and to keep patients in cars to avoid spreading the infection. The coronavirus outbreak has infected more than 4.3 million people and caused over 290,000 deaths globally, according to a Reuters tally.

The new sites will use self-swab tests that will be sent to an independent, third-party lab for processing and the results will be available in about three days, CVS said, adding that it currently operates large-scale rapid testing sites in coordination with five states, which can process a total of nearly 30,000 tests every week.

CVS, which has a health insurance business, a large pharmacy benefit manager and retail pharmacy stores, plans to process up to 1.5 million tests every month with the new sites.

Last month, the company announced two drive-through testing sites in Georgia and Rhode Island that use Abbott Laboratories’ diagnostic kit, which can work in 15 minutes.

Beginning May 15, patients who wish to be tested at the sites should register first at CVS.com to book an appointment.

Reporting by Manojna Maddipatla in Bengaluru, Editing by Sherry Jacob-Phillips

Previous Post Nervous About Returning to Work? Take Precautions Against Coronavirus Next Post Heart Screening of Young Athletes Is Cost-Effective