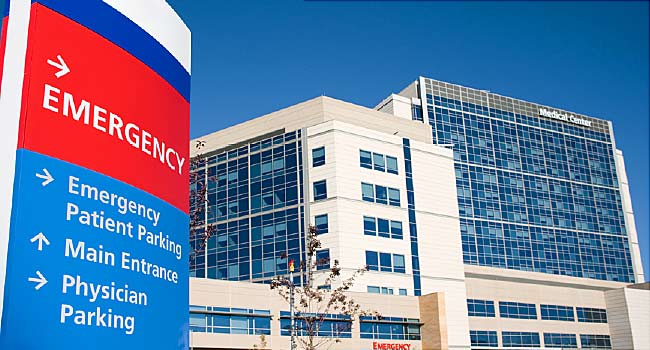 “Those are some things that tended to be their profit centers,” Ku said.

There’s also been an alarming decrease in the number of people coming to the hospital for emergency treatment of strokes, heart attacks and other dire illnesses, Shulkin added.

“Patients have stayed away from the hospitals because of concerns they have about getting infected,” Shulkin said.

The University of Alabama-Birmingham (UAB) Stroke Center experienced a 50% decrease in stroke cases during the last month, even though it’s located on the “buckle of the stroke belt in the southeast United States,” said UAB neurologist Dr. Mark Harrigan.

ER visits in Chattanooga, Tenn., have decreased 45% for adults and 71% for children compared to this time last year, according to the American Hospital Association.

“That is both more puzzling to people and a little scarier, because those are the kinds of procedures you don’t want to put off,” Ku said.

At the same time, hospitals have had to pour resources into protecting both its employees and incoming patients from COVID-19 infection, Ku said.

For example, “women are [still] having babies,” Ku said. “So, you now want additional procedures to be done to protect the mothers and the babies.”

The federal stimulus packages that have passed will provide about $175 billion, or about 35% of the revenue lost to the health care industry in the first quarter of 2020, Shulkin said.

“The rest will need to come from hard decisions that hospitals are going to need to make,” Shulkin said.


Source link
Previous Post Is It Safe to Go to the Hospital During COVID-19 Pandemic? Next Post How Safe Are Your Pets?