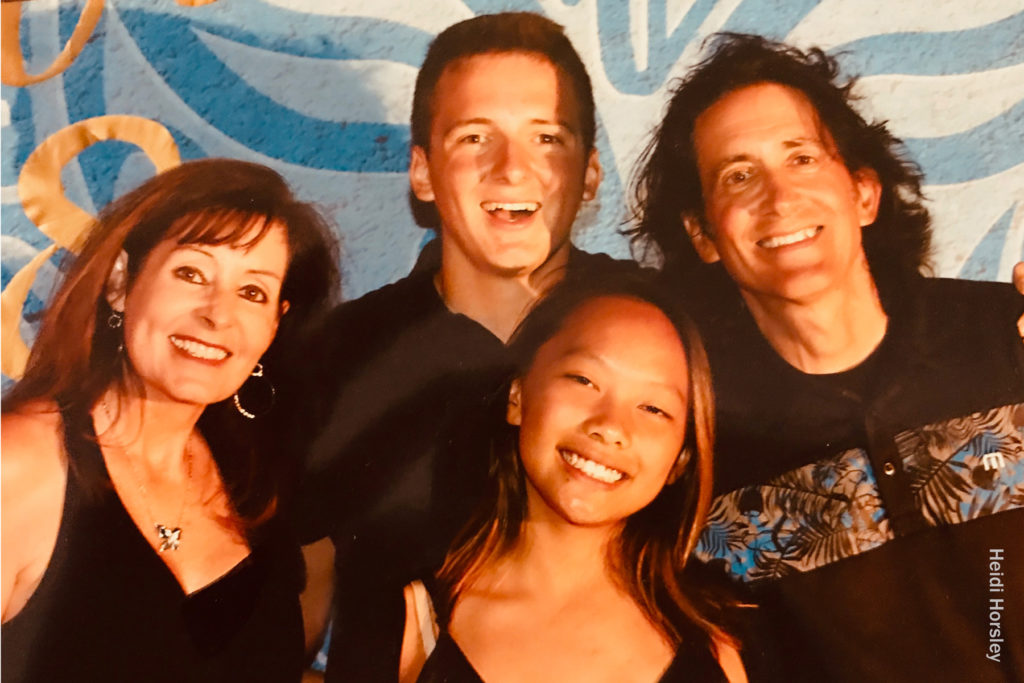 The fear of passing on COVID-19 to family members can be terrifying, as Heidi Horsley, PsyD, a psychologist in New York City and adjunct professor at Columbia University’s School of Social Work, now knows well.

In mid-March, Horsley and her daughter Samantha Jing, 15, flew from New York to their home in Tucson, AZ, on Saturday, March 14, joining her husband Markus Redding, 60, and son Alexander Redding, 21, who were already there.

By Monday, she noticed a ”weird pain in the back of my head, and by Tuesday morning I had classic symptoms, everything but the fever.” She felt like she had the flu, and then the fever set in. Like others, she reported that her sense of smell and taste went away. She got tested March 20 and found out 2 days later she was positive.


“They said, ‘Go to your room for 14 days,”’ she recalls.”My husband would bring food outside the door.” She would eat and then try to wash the utensils in the adjacent bathroom, then leave them outside the door again.

She worked on her computer, talked to her family through the door, and kept hoping no one else would become infected. Her husband ordered food for delivery or neighbors would bring supplies and leave them on the driveway, she says. “We were told our family should not leave the house.” They followed those instructions to the letter, she says.

“There is a lot of shame and guilt” worrying about spreading COVID-19, Horsley says. “My biggest fear was that I gave it to people unknowingly and to my family.” She worries about the people she was close to at the airport, on the plane and in the terminal before arriving in Tucson, fearing she unknowingly exposed people.

They isolated for 3 weeks instead of the recommended 2, and Horsley says nearly all her symptoms disappeared a few days ago. Her sense of taste and smell is still not normal, however. So far, everyone is healthy, she says, although her husband became extremely fatigued, got lightheaded and had a sore throat, but now feels better.  “Maybe he was just run down,” she says, citing the pressure of taking care of her, their son and daughter and handling all the household duties. Mild cases of coronavirus, however, are consistent with what her husband was going through.