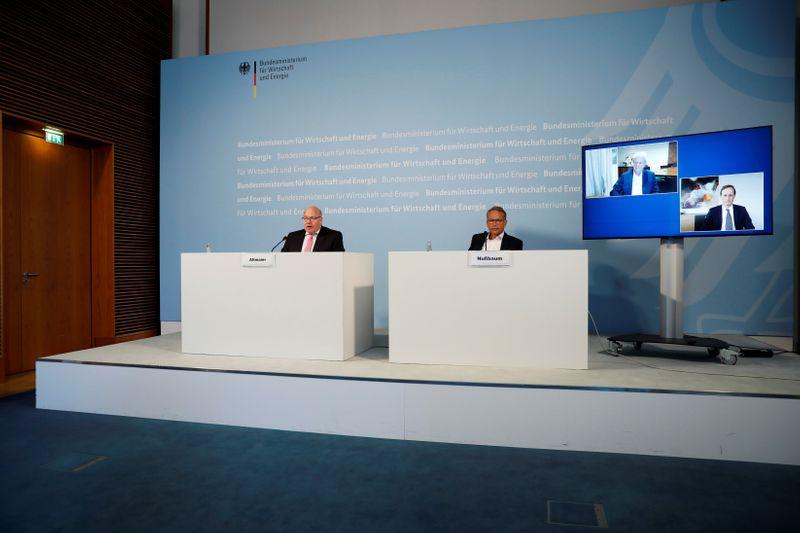 BERLIN (Reuters) – German drugmaker CureVac, in which the government is taking a sizeable stake to help fund a COVID-19 vaccine, is planning an initial public offering in the United States next month, a finance ministry document seen by Reuters on Monday showed.

The German government plans to invest 300 million euros ($338.5 million) in a 23% holding in previously unlisted CureVac to aid the further development of the biotech company’s vaccine against the disease caused by the novel coronavirus.

The finance ministry said in a letter to parliament’s budget committee dated June 15 that CureVac “currently has a big capital requirement and plans a flotation on the Nasdaq in New York in July 2020.”

The ministry added in its letter that the decision to acquire a stake in CureVac had to be made quickly given legal requirements attached to the planned flotation, which is expected to take place in mid-July.

Economy Minister Peter Altmaier on Monday confirmed an earlier Reuters report that Germany will take a stake in the unlisted biotech company. The deal values the firm at 1.3 billion euros.

That follows reported attempts by the U.S. government to acquire CureVac or its assets in March, which stirred a backlash in Germany, with government officials voicing support for keeping CureVac German.

Altmaier said the government wanted to strengthen the life sciences and biotech sectors in Germany, and that it would not have any influence over CureVac’s business strategy.

“With this investment we aim to give CureVac financial security so that it can continue to work on vaccine production with the same commitment,” Altmaier told a news conference.

A government source said the measure reflected German concerns about relying too much on overseas suppliers for healthcare products and equipment.

Reflecting the sensitivity surrounding ownership of the country’s two coronavirus vaccine developers, CureVac and BioNTech, the government gave itself new powers in May to veto hostile foreign takeover bids for healthcare firms.

Dietmar Hopp, co-founder of software firm SAP and owner of a more than 80% stake in CureVac, said none of the existing CureVac investors would sell shares to the government, and that their stakes would be diluted by the deal on a pro-rata basis.

Previous Post U.S. FDA revokes emergency use status of drug touted by Trump for COVID-19 Next Post COVID-19 Can Start With Neurological Symptoms