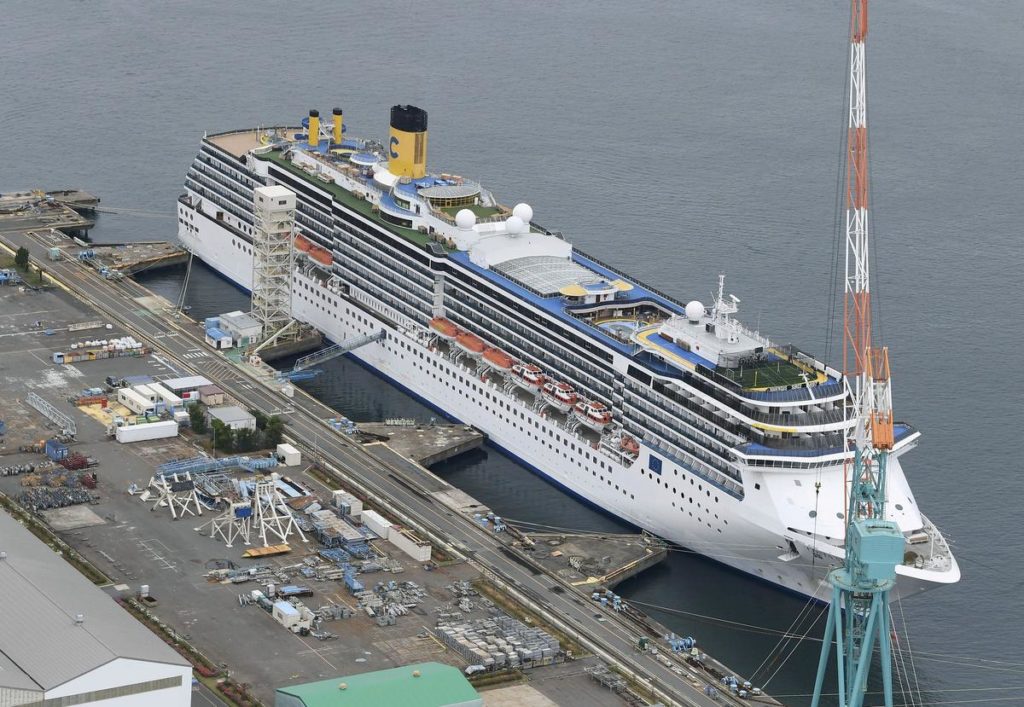 Coronavirus tally rises to 91 on Italian cruise ship in Japan

TOKYO (Reuters) – As many as 91 crew of an Italian cruise ship docked in Japan’s southwestern port of Nagasaki are infected with coronavirus, officials said on Friday, as questions persist over how and when they will return to their home countries.

Authorities have tested about half the vessel’s crew of 623 and are racing to screen the rest after finding one of them infected this week, fanning worries that the illness could spread wider and eventually put a strain on medical services.

Those who test negative will be repatriated, the government said, a decision hailed by officials in Nagasaki prefecture.

“We’re eager to get this done as soon as possible,” one of the officials told a livestreamed news conference on Friday, adding that the procedure and timing have yet to be worked out.

The vessel, the Costa Atlantica, was taken into a shipyard in Nagasaki in late February by a unit of Mitsubishi Heavy Industries for repairs and maintenance after the pandemic scuttled plans for scheduled repairs in China.

News of this week’s infections has spurred comparisons with the Diamond Princess cruise liner docked in Yokohama two months ago, as more than 700 of its passengers and crew ultimately tested positive for the virus.

Nagasaki authorities quarantined the Costa Atlantica on arrival in Japan, and ordered its crew not to venture beyond the quay unless they required hospital visits.

But prefecture officials said this week they had learned some of the crew had departed without their knowledge, and sought detailed information of their movements.

A Mitsubishi official told Reuters it was seeking information from the vessel’s operator, Costa Cruises, and hoped to share its findings this week.

The risk of straining medical services remains, although just one of the 91 infected sailors has been hospitalised. The rest, with slight symptoms, or none, remain aboard, monitored by a doctor and four nurses, the Nagasaki official said.

Hospitals are running out of beds in some parts of Japan, which has suffered about 12,500 virus infections and more than 300 deaths.

Two other cruise liners operated by Costa Cruises, the Costa Serena and Costa Neoromantica, are also moored in Nagasaki, though no virus testing is planned in the absence of known cases.

The vessels, with total crew numbering about 1,000, are scheduled to leave Nagasaki by the end of April, officials said.