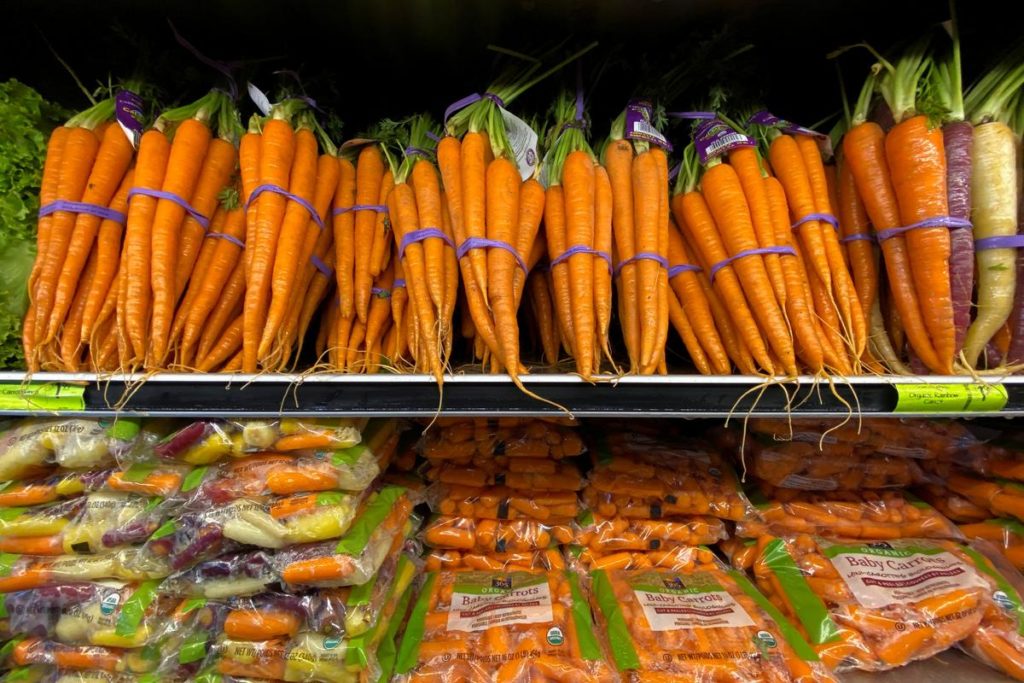 NEW YORK/LOS ANGELES/CHICAGO (Reuters) – From apple packing houses in Washington state to farm workers in Florida and a California county known as “the world’s salad bowl,” outbreaks of the novel coronavirus are emerging at U.S. fruit and vegetable farms and packing plants.

A rising number of sick farm and packing house workers comes after thousands of meat plant employees contracted the virus and could lead to more labor shortages and a fresh wave of disruption to U.S. food production.

The Trump administration said last month it may extend an executive order to keep meat plants operating to fruit and vegetable producers as well, a sign it is concerned fresh produce could be the next sector hit.

While social distancing can be more easily implemented for workers harvesting fruits and vegetables in fields and working outside may reduce some risks for virus spread, plants that package foods such as apples and carrots resemble the elbow-to-elbow conditions that contributed to outbreaks at U.S. meat packing plants.

By late May, there were more than 600 cases of COVID-19 among agricultural workers in Yakima County, Washington. Of those, 62% were workers in the apple industry and other packing operations or warehouses, according to a Reuters review of data from county health officials.

With 4,834 known cases as of June 10, the county had the highest per-capita infection rate on the West Coast.

“The (production) line moves super fast. And you’re working side by side and back to back,” said Edgar Franks, political director with local farmworker union Familias Unidas por la Justicia in Washington state.

Workers at six fruit packing sites in Yakima County went on strike in May due to concerns they were not being provided adequate protection from COVID-19, Franks said.

The health department in Monterrey County, California, known as “the world’s salad bowl” for its sprawling vegetable farms, reported 247 agricultural workers had tested positive for coronavirus as of June 5, 39% of county’s total cases. Monterrey is one of only a handful of health departments in nearly 30 of the largest U.S. fruit and vegetable producing counties that tracks virus cases among agricultural workers, Reuters found.

In adjacent Kern county, Martin Baca, a 53 year-old forklift operator at carrot grower Grimmway Farms died on April 30, according to his obituary. His family said they believe he contracted the virus at work.

Grimmway grieved the loss of an employee and was supporting the family, a spokesperson said. The company said it did not definitively know where Baca contracted COVID-19.

Grimmway is the largest carrot producer in the world and dominates the market of popular packaged “baby carrots,” for snacking.

Juan, a Grimmway employee who asked to be identified only by his first name out of fear of losing his job, said at one point so many workers were out sick his shift dwindled to a third of the needed workers.

“They made some announcements to stay six feet apart but that’s basically impossible when you are loading boxes onto the same palate,” said Juan, who tested positive for coronavirus himself though he showed no symptoms. “Obviously you are going to be close to your co-workers.”

Grimmway declined to say how many workers had tested positive for the virus and said it has seen no issues of absenteeism. When a worker falls ill, the company talks to everyone working on that particular shift or department and offers company-funded COVID testing, Grimmway said in a statement.

‘GET AHEAD OF THIS’

On May 19 the U.S. Agriculture Department and Food and Drug Administration said the government could use the Defense Production Act to keep fruit and vegetable lines moving. The act would give companies some liability protection if workers fall sick.

An FDA spokesperson said the act could be used “to protect the food supply and prevent significant food shortages.”

Stabenow, ranking member on the Senate Agriculture Committee, introduced legislation on May 27 that would offer companies grants and loans to upgrade machinery and purchase personal protective equipment, fund COVID-19 testing and facility cleaning.

“You can get ahead of this, which is what didn’t happen in the meatpacking situation,” she said. “The best way to protect our supply chain is to keep workers safe.”

Meanwhile, coronavirus cases near tomato-growing Immokalee, Florida, are also on the rise. The spread of the coronavirus among Florida farm workers has significant implications for national food production, as many agricultural workers travel north through the summer following the harvest through Georgia, the Carolinas, and into the Northeast.

The Florida Department of Agriculture is planning for more on-farm outbreaks by partnering with county health departments, hotels for quarantine housing, and educating workers.

“A lot of workers will hide their symptoms, or say it is just a cold or if they have a fever, just say it is too hot outside,” potentially risking more infection, she said.