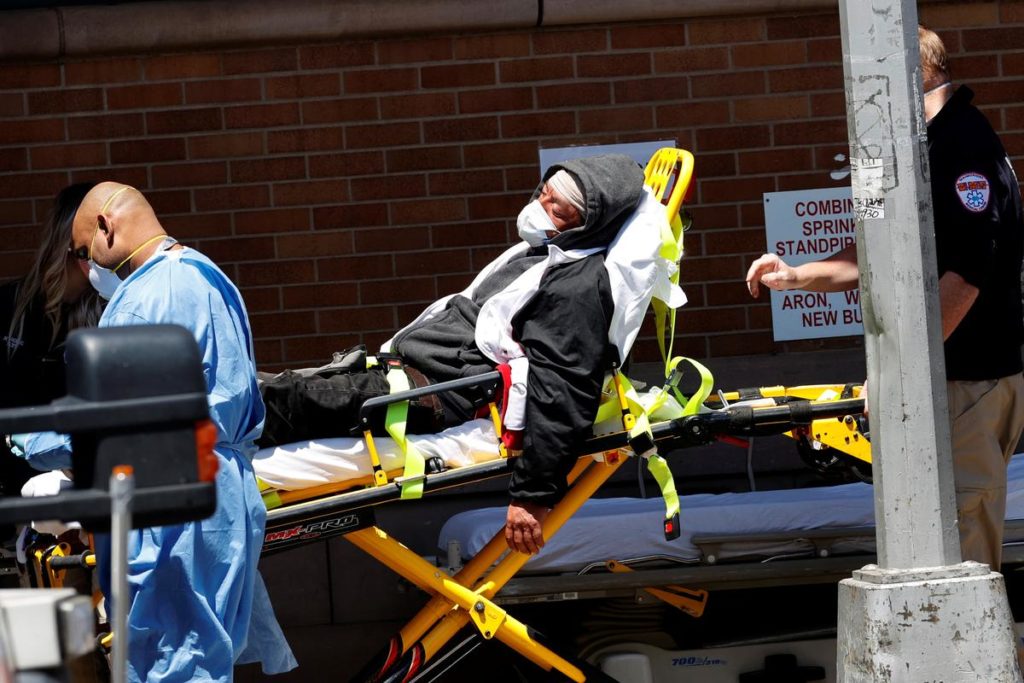 FILE PHOTO: Healthcare workers wheel a patient to a triage area at the emergency entrance outside Maimonides Medical Center in Brooklyn during the outbreak of the coronavirus disease (COVID-19) in New York city, New York, U.S., May 13, 2020. REUTERS/Mike Segar

The data shows for the first time a breakdown on the number of deaths in each of the city’s more than 60 ZIP codes. The highest death rate was seen on the edge of Brooklyn in a neighborhood dominated by a large subsidized-housing development called Starrett City.

Civic leaders had been pushing for the more granular data, which they said would show stark racial and economic disparities after New York City became the heart of one of the worst coronavirus outbreaks in the world in March and April.

“It’s really heartbreaking and it should tug at the moral conscience of the city,” Mark Levine, chairman of the City Council’s health committee, said in an interview. “We knew we had dramatic inequality. This, in graphic form, shows it’s even greater than maybe many of us feared.”

Poor black and Latino New Yorkers are much more likely to do low-paid, essential jobs that cannot be done remotely, putting them at higher risk of exposure, Levine said. They are also more likely than rich, white New Yorkers to live in smaller, more crowded apartments.

Due to inequalities in access to healthcare, they are also more likely to have underlying health conditions, such as diabetes or hypertension, Levine said.

The city had been releasing a daily update of cases of COVID-19, the illness caused by the virus, by ZIP code, but only gave a breakdown of deaths for each of the city’s five boroughs.

The coronavirus has killed at least 20,800 people in the city so far, according to health department data.