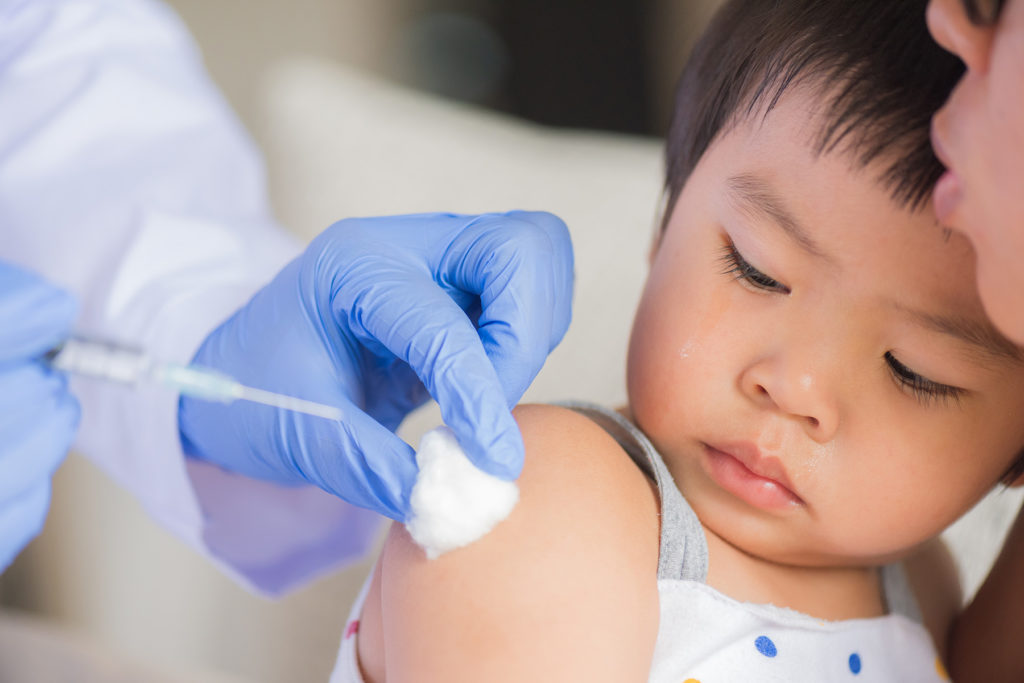 “This really is an impending crisis,” O’Leary said.

The MMR shot is a must-have pediatric vaccine, experts say. It’s a two-dose immunization, with the first shot given between 12 and 15 months of age, followed by a second round between 4 and 6 years of age. The idea that thousands of kids are missing their shots is very troubling, O’Leary said.

“For decades, the U.S. has maintained very high vaccination rates overall, despite the impression you might get from recent coverage about certain pockets of the country refusing to get their children vaccinated,” he said.

To prevent disease outbreaks, vaccine coverage must be high. Typically, more than 90% of people must get their shots for so-called “herd immunity” to kick in. For the most part, O’Leary said, “that’s what we’ve been able to do.”

Now, Goza said, that society-wide protection is at risk.

“The fear is that our whole vaccine structure can crumble if parents don’t bring their children in,” she explained.

Goza and O’Leary said several forces are keeping recent vaccine rates down: Parents are worried about going out during the pandemic; like other businesses, some pediatric offices have had the financial rug pulled out from under them; and some now offer only emergency care.

O’Leary noted that the CDC and AAP have advised pediatricians not to stop vaccinating.

So what’s the prescription?

Some point to a renewed interest in physician house calls, or even drive-by vaccinations. But both Goza and O’Leary said the imperative must be to restore parental confidence in the safety of child-treatment facilities.

“Pediatricians are going above and beyond to make our spaces safe,” Goza said. “We’re constantly cleaning between patients, and using personal protective devices as needed. We’re triaging with sick patients via telehelp, to keep them outside of the office, or even seeing them in the parking lot.”