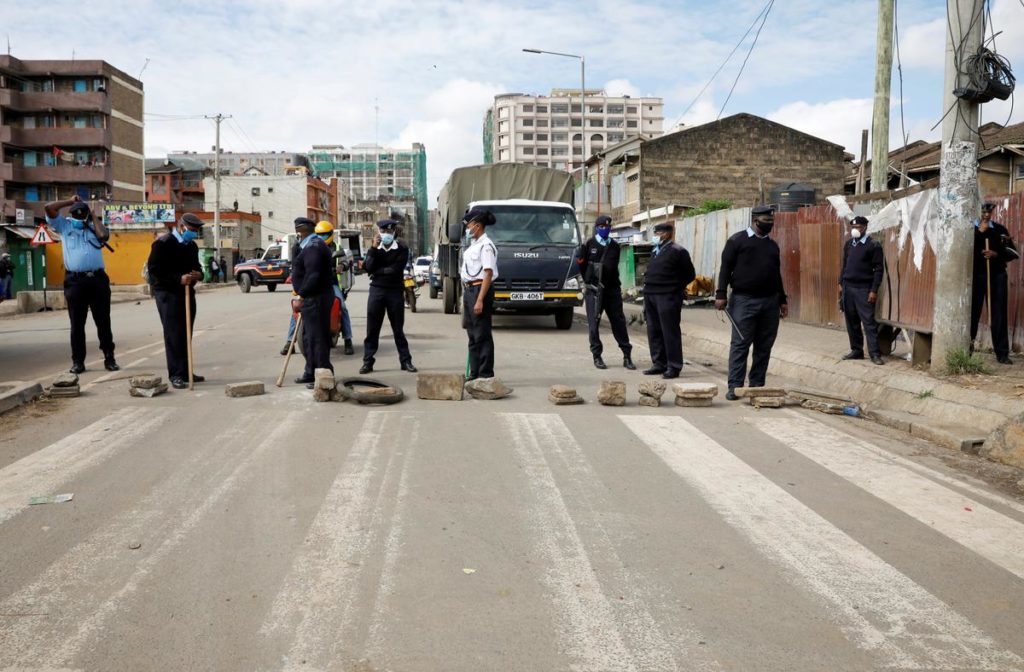 Coronavirus could kill up to 190,000 in Africa in first year if not contained: WHO

NAIROBI (Reuters) – The novel coronavirus could kill between 83,000 and 190,000 people in Africa in the first year and infect between 29 million and 44 million in the first year if it is not contained, the World Health Organization (WHO) said on Thursday.

FILE PHOTO: A police checkpoint is seen, after the government announced a lockdown of Nairobi’s storied Eastleigh district and the Old Town of Mombasa for two weeks following a jump in confirmed coronavirus disease (COVID-19) cases there, Nairobi, Kenya May 7, 2020. REUTERS/Baz Ratner

The projections are contained in a new WHO Africa study based on assumptions that no containment measures are put in place, which has fortunately not been the case, WHO Africa head Matshidiso Moeti told reporters in a teleconference.

Most countries on the continent have imposed restrictions on public gatherings, international travel and curfews among other measures meant to curb the spread of the virus.

The virus hit Africa later than other continents and transmission rates are lower than elsewhere. Still, this could translate into a prolonged, years-long outbreak, WHO said.

“COVID-19 could become a fixture in our lives for the next several years unless a proactive approach is taken by many governments in the region. We need to test, trace, isolate and treat,” Moeti said in a separate statement.

The organisation warned that small countries, as well as Algeria, South Africa and Cameroon, could be severely affected.

Notably, the WHO Africa study covered only the 47 countries that belong to the WHO Africa region and not the entire continent. The body’s regional definition excludes Djibouti, Somalia, Sudan, Egypt, Libya, Tunisia and Morocco.

As of 1259 GMT, the 47 countries had 35,097 cases of the novel coronavirus and 1,231 deaths, according to a Reuters tally based on government statements and WHO data.

Africa has less than one intensive care bed and one ventilator per 100,000 people, a Reuters survey found on Thursday.

Human resources are also a challenge.

“We are very concerned that almost 1,000 African health workers have been infected with COVID-19. We know that most African countries already have a severe shortage of healthcare workers,” Moeti told reporters.

Previous Post Study Will Track Coronavirus in Kids, Their Families Next Post Why Lighting Up and COVID-19 Don’t Mix