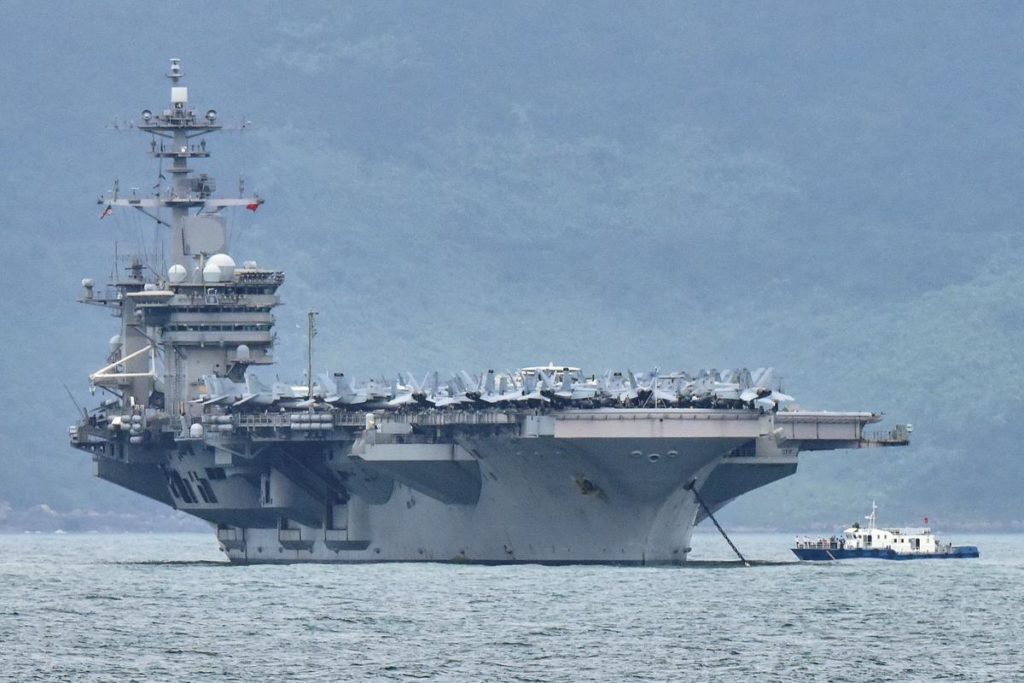 Coronavirus clue? Most cases aboard U.S. aircraft carrier are symptom-free

WASHINGTON (Reuters) – Sweeping testing of the entire crew of the coronavirus-stricken U.S. aircraft carrier Theodore Roosevelt may have revealed a clue about the pandemic: The majority of the positive cases so far are among sailors who are asymptomatic, officials say.

The possibility that the coronavirus spreads in a mostly stealthy mode among a population of largely young, healthy people showing no symptoms could have major implications for U.S. policy-makers, who are considering how and when to reopen the economy.

It also renews questions about the extent to which U.S. testing of just the people suspected of being infected is actually capturing the spread of the virus in the United States and around the world.

The Navy’s testing of the entire 4,800-member crew of the aircraft carrier – which is about 94% complete – was an extraordinary move in a headline-grabbing case that has already led to the firing of the carrier’s captain and the resignation of the Navy’s top civilian official.

Roughly 60 percent of the over 600 sailors who tested positive so far have not shown symptoms of COVID-19, the potentially lethal respiratory disease caused by the coronavirus, the Navy says. The service did not speculate about how many might later develop symptoms or remain asymptomatic.

“With regard to COVID-19, we’re learning that stealth in the form of asymptomatic transmission is this adversary’s secret power,” said Rear Admiral Bruce Gillingham, surgeon general of the Navy.

The figure is higher than the 25% to 50% range offered on April 5 by Dr. Anthony Fauci, director of the National Institute of Allergy and Infectious Diseases and a member of President Donald Trump’s coronavirus task force.

Defense Secretary Mark Esper, speaking in a television interview on Thursday, said the number of asymptomatic cases from the carrier was “disconcerting.”

“It has revealed a new dynamic of this virus: that it can be carried by normal, healthy people who have no idea whatsoever that they are carrying it,” Esper told NBC’s “Today” morning show.

Such data present challenges to the Pentagon, which is deployed around the world, sometimes in confined environments like submarines, ships and aircraft.

Testing the entire military is not yet feasible, given still-limited testing capacity, officials say, and detecting enough cases without tests is impossible if most cases are asymptomatic.

The U.S. coronavirus death toll – the highest in the world – surged past 31,000 on Thursday after doubling in a week.

It also claimed the life of a sailor from the Theodore Roosevelt this week. Five other members of the crew are hospitalized.

Still, the case of the Theodore Roosevelt offers a case study for researchers about how the virus spreads asymptomatically in a confined environment among mostly younger adults.

That cohort has been somewhat underrepresented in the epidemiological data so far, said William Schaffner, an infectious disease specialist at Vanderbilt University Medical Center.

“The findings are of enormous interest because the proportion of people who are asymptomatic is just simply not known,” Schaffner said, when asked about the Navy’s data.

Vice Admiral Phillip Sawyer, a deputy chief of naval operations at the center of the Navy’s coronavirus response efforts, presented the 60% figure in a call with a small group of reporters on Wednesday.

But he declined to speculate about the implications.

“I don’t know if we’re proving something different,” Sawyer said.

“I do agree that we are providing some data that some other organizations might not have.”