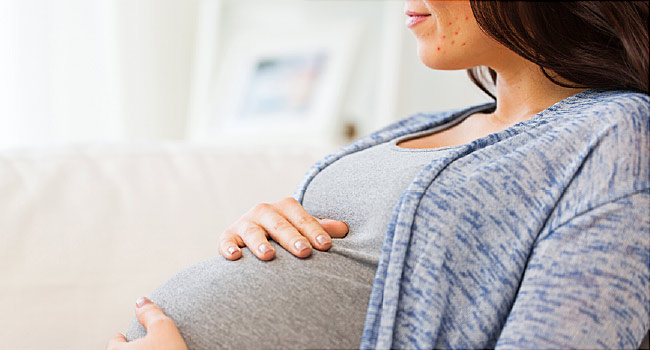 Clotting Tied to COVID-19 May Harm the Placenta

According to the research team, two abnormalities were noted in the placentas studied: abnormal blood vessels involved in the transmission of blood from the mom to the fetus (a condition called maternal vascular malperfusion), and blood clots within the placenta, called intervillous thrombi.

Blood pressure was not an issue. Even though some women develop spikes in blood pressure during pregnancy (preeclampsia), the issue did not appear to affect the women in this study.

Still, “there is an emerging consensus that there are problems with coagulation and blood vessel injury in COVID-19 patients,” Goldstein said. “Our findings support that there might be something clot-forming about coronavirus, and it’s happening in the placenta.”

The findings, published May 22 in the American Journal of Clinical Pathology, suggest that doctors should closely monitor pregnant women during the coronavirus pandemic, according to the authors.

Closer monitoring might include non-stress tests, which assess how well the placenta is delivering oxygen, or growth ultrasounds, which measure if the baby is growing at a healthy rate, Miller said.

“Not to paint a scary picture, but these findings worry me,” Miller said. “I don’t want to draw sweeping conclusions from a small study, but this preliminary glimpse into how COVID-19 might cause changes in the placenta carries some pretty significant implications for the health of a pregnancy. We must discuss whether we should change how we monitor pregnant women right now.”

As to the one miscarriage noted in the report, “that patient was asymptomatic [for COVID-19], so we don’t know whether the virus caused the miscarriage or it was unrelated,” Goldstein said.

Two obstetricians who read over the new report agreed that the findings are cause for concern.

“This article has some very interesting yet disturbing findings,” said Dr. Mitchell Kramer, who directs obstetrics and gynecology at Huntington Hospital in Huntington, N.Y. “There was damage noted in the placentas that is suggestive of changes caused by coronavirus infection, including inflammation and clot formation — basically, vascular damage.”

Still, moms-to-be shouldn’t be unduly alarmed, he said. “Much more study is needed and these findings may just be the tip of the iceberg, but so far the babies of pregnancies infected with COVID-19 do not appear to be adversely affected,” Kramer said.

Dr. Adi Davidov is associate chair of gynecology at Staten Island University Hospital in New York City. He agreed that “as we learn more about COVID-19, we have realized that there is an increasing risk of clotting and it is not surprising that examination of the placenta reveals vascular malperfusion.”