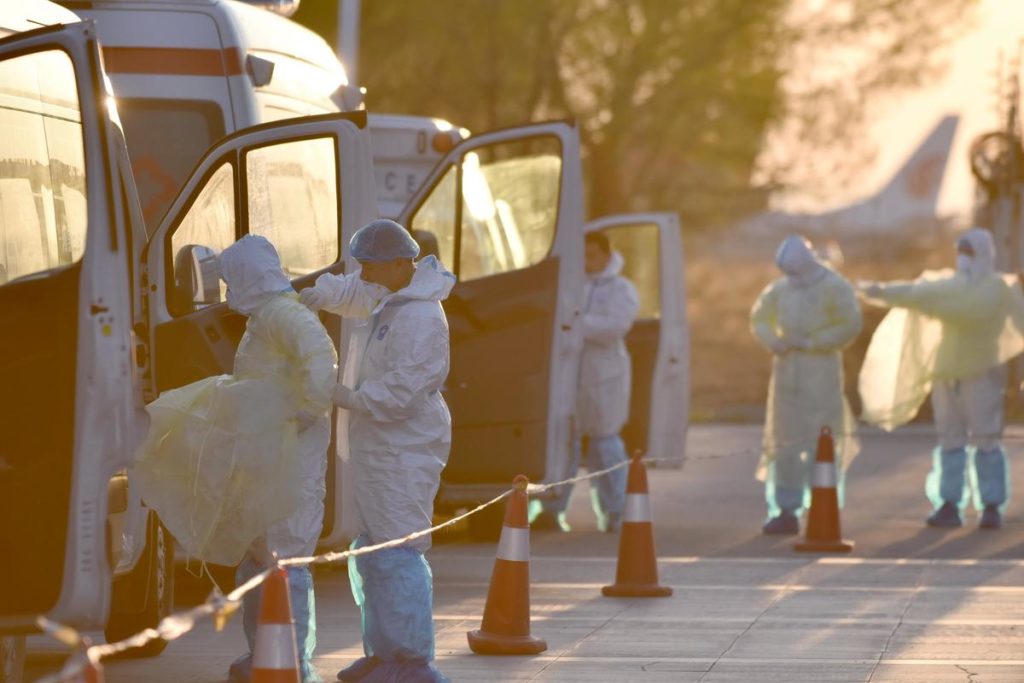 BEIJING (Reuters) – China will focus testing for COVID-19 on high-risk groups such as people from infected areas or with symptoms, the head of a top state research institute said on Monday, suggesting that authorities are not about to rush into large-scale testing.

The government said recently that it intends to carry out more widespread testing to quickly identify and isolate carriers, following spikes in cases linked to people arriving from abroad and new local transmissions.

But China has acknowledged that accuracy of tests must be improved and more laboratories should be set up as plans.

“(The country’s) current testing strategy matches our epidemic control and prevention strategy,” Jin Qi, president of the Institute of Pathogen Biology at the Chinese Academy of Medical Sciences and Peking Union Medical College.

Tests are being carried mostly on high-risk groups such as people with symptoms or from infected areas, schools and hospitals, Jin told reporters at a briefing in Beijing.

Other groups that request testing, such as those returning to work that involves a high density of people, will receive tests as far as is possible, he added.

Wuhan in central Hubei province, the epicentre of the outbreak in China, has doubled the number of tests to 60,000-65,000 a day since a lockdown on the city ended on April 8, allowing residents to leave the city.

Some provinces are ordering travellers from medium-to-high risk regions to undergo tests before being allowed to enter. Quarantine upon arrival is commonplace.

To keep track of people’s test status, the government recently launched an online mobile service allowing people to retain a history of their test results.

Most of the new cases reported in April were travellers arriving from abroad who in turned infected others who came in contact with them. Some cases involved asymptomatic carriers who have yet to show signs of infection such as a fever.

In the past month, northern China has seen a resurgence, with Shaanxi province hit by a bout of imported cases, all Chinese nationals travelling from or via Russia by plane. Suifenhe, a border city in Heilongjiang province, had also battled an influx of infections arriving from Russia.

Harbin, capital of Heilongjiang and its most populous city, has been trying to quell a cluster of local infections this month that have since spread to the neighbouring region of Inner Mongolia and Liaoning province.

Of concern, a few tested positive only after multiple rounds of testing.