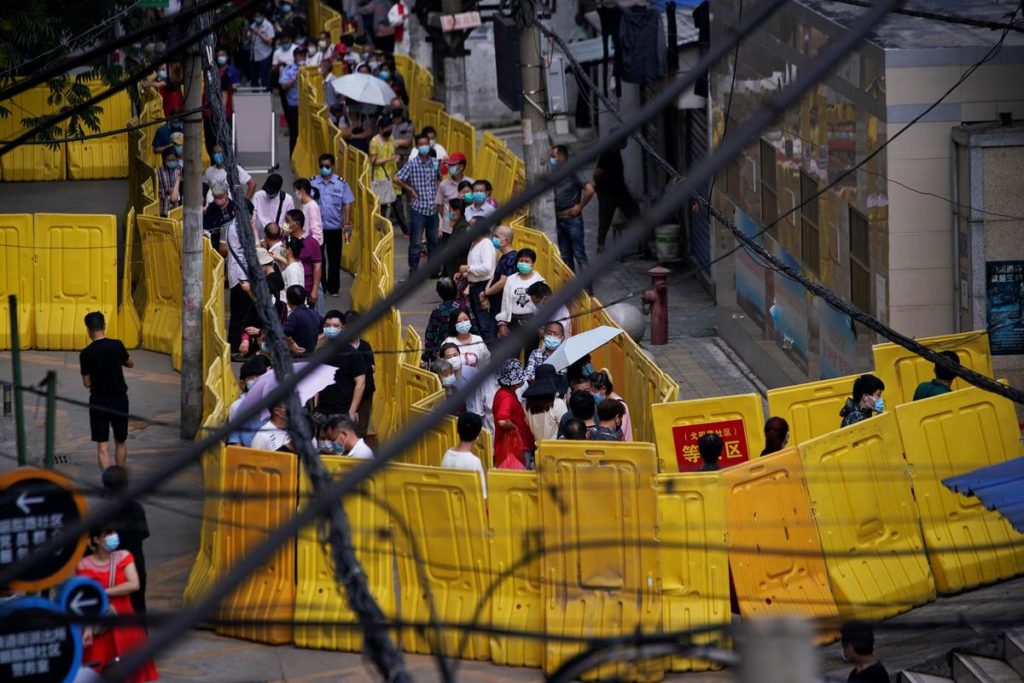 BEIJING (Reuters) – Mainland China reported five new confirmed COVID-19 cases for May 16, down from eight the previous day, the National Health Commission (NHC) said in a statement on Sunday.

Two of the five confirmed cases were so-called imported infections, while three were locally transmitted in the northeastern Chinese city of Jilin.

The number of confirmed cases in the mainland now stands at 82,947 and the death toll at 4,634. China does not include people who have been tested and found to be asymptomatic carriers in its tally of confirmed cases.

The three domestically-transmitted cases are related to a district in Jilin city called Fengman, which has been classified by Chinese officials as a high-risk area for COVID-19.

Heightened disease control measures in the district include allowing only one person from a family to go out and purchase daily necessities each day, according to the district’s official post on WeChat.

Residents were advised not to leave the city and any who do need to leave must provide a negative test result taken within the previous 48 hours.

Fengman district said in a Wechat post on Sunday that it will tighten the lockdown by closing stores including department stores, house appliance stores and furniture stores but will keep supermarkets open to maintain supply to residents.

The number of China’s new asymptomatic cases of the coronavirus fell to 12 from 13, the NHC said.

Zhong Nanshan, the Chinese government’s senior medical adviser told CNN on Saturday that the danger of a second wave of infections is looming large.

“The majority of… Chinese at the moment are still susceptible to COVID-19 infection because (of) a lack of immunity,” Zhong said as quoted in the CNN report. “We are facing (a) big challenge, it’s not better than the foreign countries I think at the moment.”

Zhong acknowledged that the number of infections were initially under reported in Wuhan but said the government has learned lessons from the SARS epidemic 17 years ago and he thinks all the data will be correct since Jan. 23.