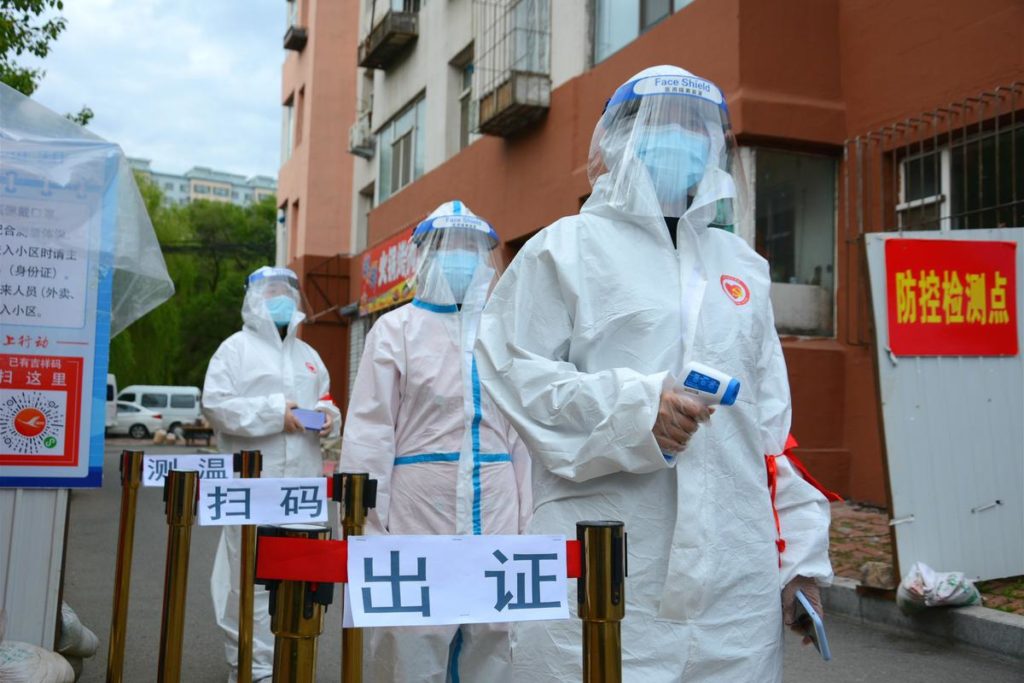 FILE PHOTO: Volunteers in protective suits are seen a checkpoint at the entrance to a residential compound following the coronavirus disease (COVID-19) outbreak, in Jilin, Jilin province, China May 25, 2020. Picture taken May 25, 2020. China Daily via REUTERS

BEIJING (Reuters) – China reported 57 new confirmed COVID-19 cases for June 13, the highest since April 13, according to data released by the national health authority on Sunday.

The National Health Commission said in a statement that 38 of the new confirmed cases were locally transmitted, with 36 of them in Beijing. This is the highest daily infection count for China’s capital since authorities started releasing data.

Beijing recorded a jump in new confirmed cases, up from six a day earlier, after it started doing mass-testing at the Xinfadi market in the city’s southwestern Fengtai district.

The district has put itself on a “wartime” footing and the capital banned tourism and sports events on Saturday, sparking fears of a new wave of COVID-19.

Nineteen of the new confirmed cases were so-called imported cases involving travellers from overseas, with 17 of them arriving in Guangdong.

The total number of COVID-19 cases in mainland China now stands at 83,132, while the death toll remained unchanged at 4,634. China does not count asymptomatic patients, who are infected with the virus but do not display symptoms, as confirmed cases.