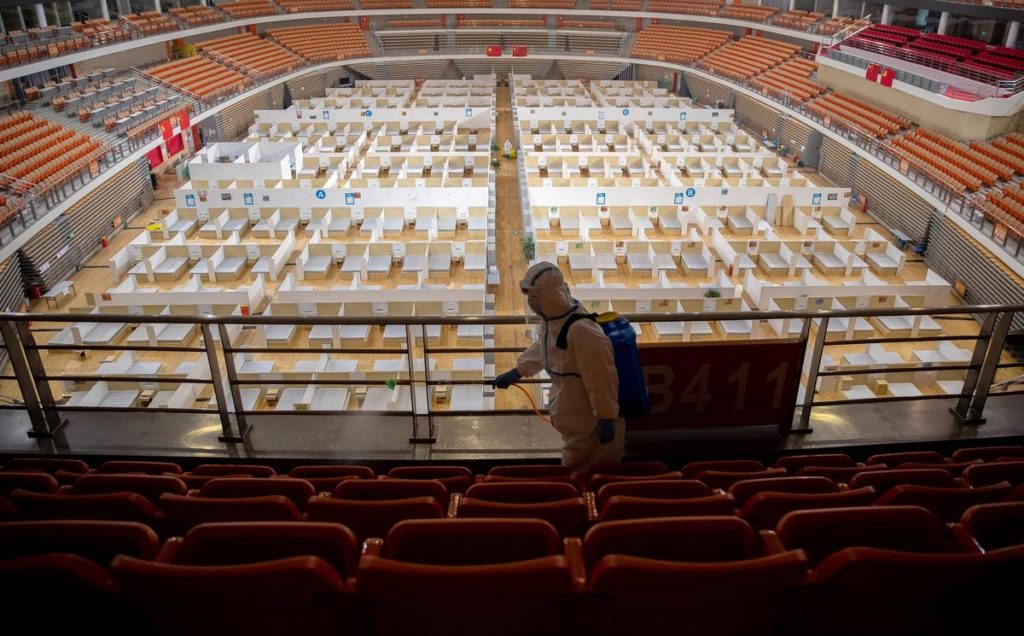 FILE PHOTO: Worker in protective suit sprays disinfectant inside a closed makeshift hospital which had been converted from a sports stadium, following its last group of patients with coronavirus have been discharged, in Wuhan, the epicentre of coronavirus outbreak, in Hubei province, China March 8, 2020. China Daily via REUTERS

The National Health Commission (NHC) said in a statement that 39 of the new confirmed cases were locally transmitted.

Thirty-six of the new cases were in Beijing, the same number reported for the capital a day earlier and tied for the highest daily infection count for the city since authorities started releasing data.

The NHC reported 10 new imported coronavirus cases in mainland China as of the end of June 14, down from 19 a day earlier. The commission also reported 18 new asymptomatic cases, up from nine a day earlier.

The total number of COVID-19 cases in mainland China now stands at 83,181. The death toll remains unchanged at 4,634.

China does not count asymptomatic patients, who are infected with the virus but do not display symptoms, as confirmed cases.