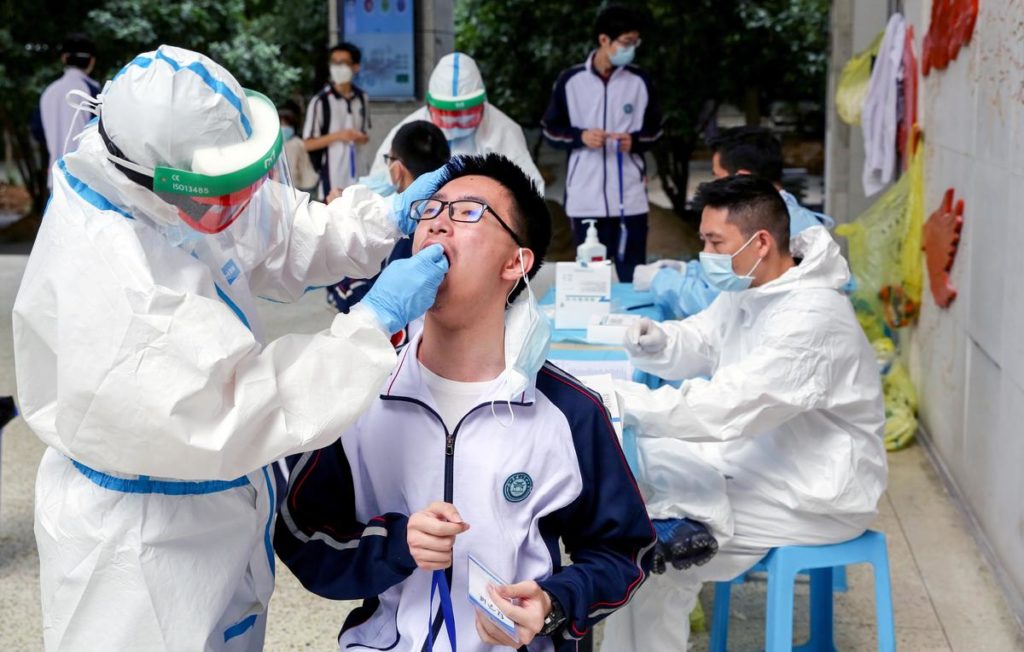 Workers in protective suits collect swabs from senior high school students for nucleic acid tests at Hubei Wuchang Experimental High School before the students are set to return to campus on May 6, in Wuhan, the Chinese city hit hardest by the coronavirus disease (COVID-19) outbreak, in China’s Hubei province April 30, 2020. cnsphoto via REUTERS

Six of the cases were imported, the National Health Commission (NHC) said, up from four a day earlier. Of the domestic transmission cases, five were in the northeastern province of Heilongjiang and one in the northern region of Inner Mongolia.

The NHC also reported 25 new asymptomatic cases for April 30, down from 33 a day earlier.

The total number of confirmed cases in the country has reached 82,874. With no new deaths on Thursday, the toll remained at 4,633.