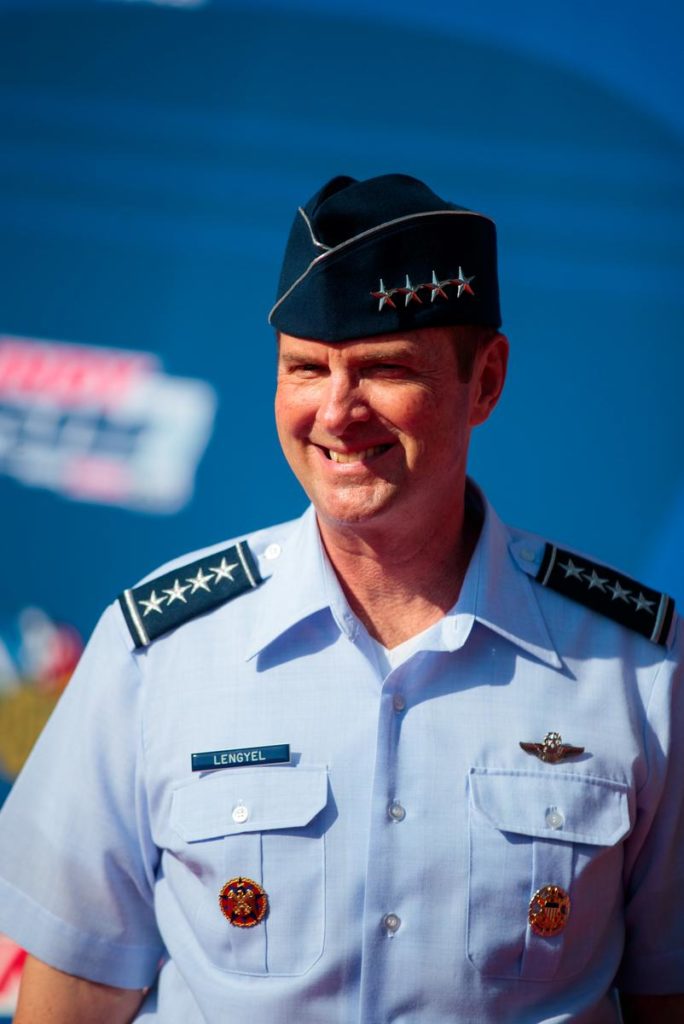 WASHINGTON (Reuters) – The chief of the U.S. National Guard, who is at the forefront of the domestic military response to the novel coronavirus, is in limbo after testing both positive and negative in conflicting results this weekend, officials said on Sunday.

One of the officials, speaking on the condition of anonymity, said that in addition to Lengyel, Chief of Naval Operations Admiral Mike Gilday had come in contact with a family member who was coronavirus positive.

Gilday tested negative for the coronavirus but would quarantine himself as a precaution for a week.

Lengyel and Gilday’s status was first reported by Reuters.

Neither Lengyel nor Gilday were present at a White House meeting on Saturday between President Donald Trump and his national security team, which included all other members of the Joint Chiefs of Staff.

Three senior officials guiding the U.S. response to the coronavirus pandemic also were in self-quarantine on Saturday after coming into contact with someone who had tested positive for the disease, their agencies and spokesmen said.

The officials were Anthony Fauci, a high-profile member of the White House coronavirus response team, Robert Redfield, director of the U.S. Centers for Disease Control and Prevention, and U.S. Food and Drug Administration Commissioner Stephen Hahn.

The National Guard has been at the forefront of the military’s response to the coronavirus. More than 46,700 members of the National Guard are supporting the response and 967 members have tested positive so far.