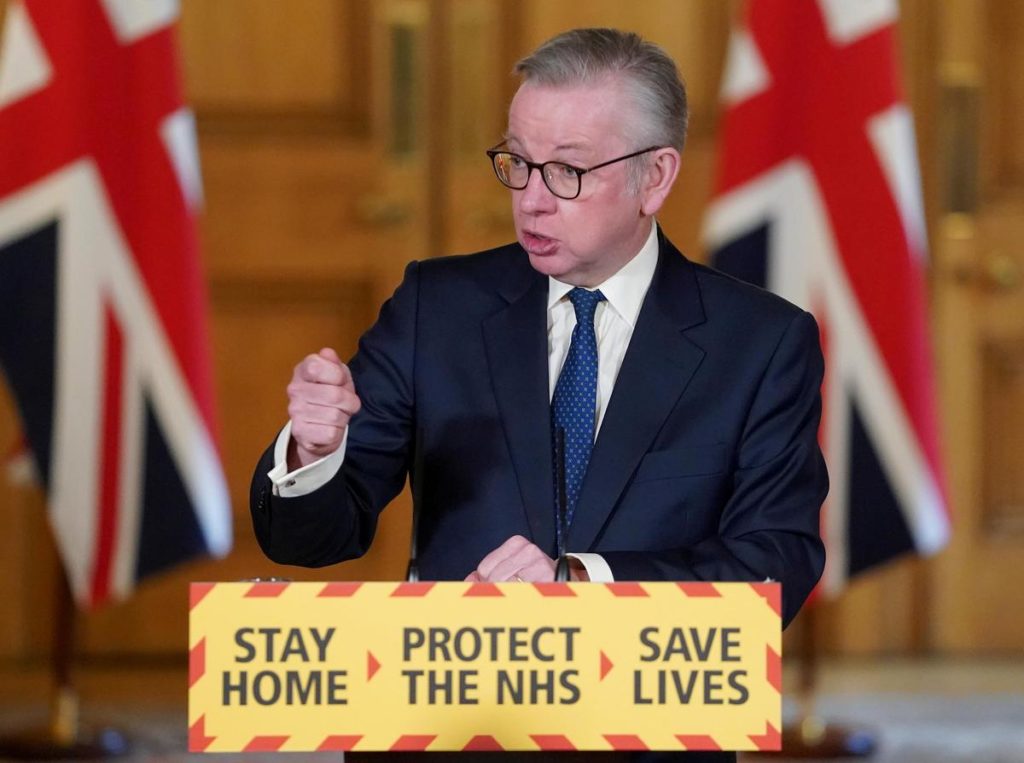 Britain’s Chancellor of the Duchy of Lancaster, Michael Gove gestures as he holds the Daily Covid-19 Digital News Conference with NHS Medical Director, Professor Stephen Powis (not pictured) to update on the coronavirus disease (COVID-19) outbreak, at 10 Downing Street in London, Britain May 3, 2020. Pippa Fowles /10 Downing Street/Handout via REUTERS

LONDON (Reuters) – Britain will trial a new coronavirus tracing programme next week on the Isle of Wight, just off the south coast of England, cabinet minister Michael Gove said on Sunday as the government looks at how to minimise the risk of a second wave of infection.

Suffering one of the worst death tolls in Europe from COVID-19, Britain is confident that the peak of the virus has passed and is now looking at how to restart its shuttered economy and ease social restrictions on citizens.

“This week we will be piloting new test, track and trace procedures on the Isle of Wight with a view to having that in place more widely later this month,” Gove told a news conference.

A mass testing system along with the ability to trace people who have been in contact with those who test positive are seen as crucial to preventing a second spike and facilitating the relaxation of a lockdown which has lasted almost six weeks.

Gove said the system being trialled next week would include asking citizens on the island to download a smartphone app as well as traditional ways of tracing those who have come into contact with a patient who has tested positive.

“We will be able to make sure that people who are suffering from the virus … they and their contacts can be encouraged to stay at home, so that we can limit the potential of any outbreak,” Gove said.

The Isle of Wight has around 80,000 households.