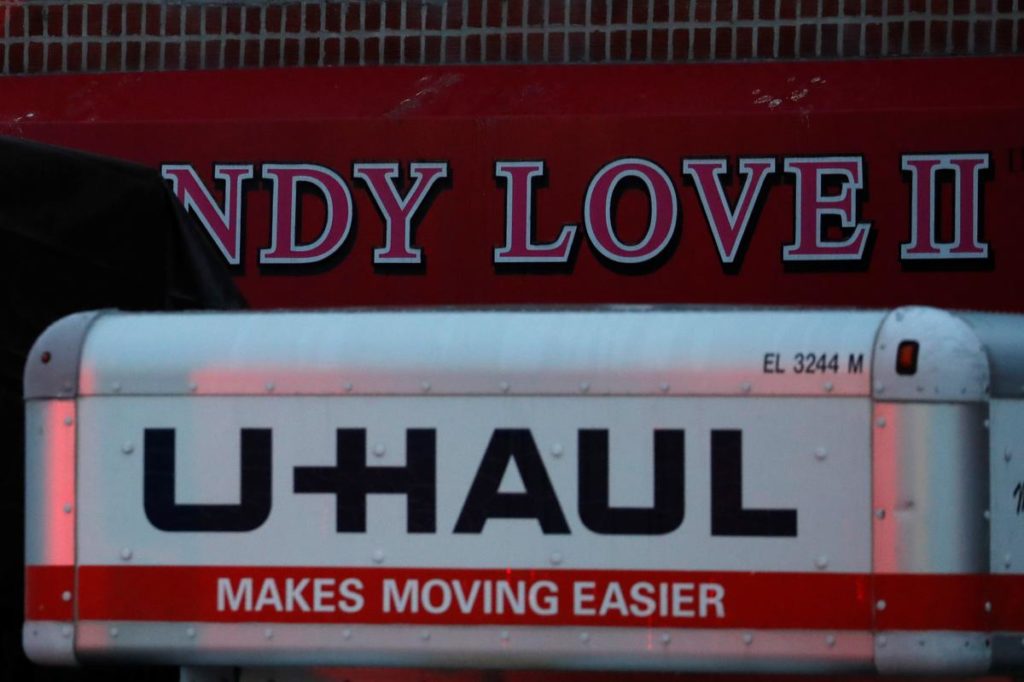 NEW YORK (Reuters) – The city of New York delivered a freezer truck to a funeral home on Wednesday after it was found to be storing dead bodies in unrefrigerated U-Haul vehicles, a Reuters eyewitness said.

The eyewitness saw bodies in a U-Haul van and said two vans and a truck were parked outside the funeral home.

ABC News reported about 100 bodies were stored in the vehicles after the owner of the Andrew T. Cleckley Funeral Services funeral home said the freezer that normally stores bodies stopped working.

ABC did not identify the owner and no one at the funeral home was immediately available to comment. It was not clear how long the bodies had been stored in the U-Hauls or whether any were COVID-19 victims.

The bodies were found after neighbors reported an odor coming from the trucks, New York media reported.

The New York Police Department declined to comment. The Department of Health could not immediately be reached for comment.

New York City has been at the epicenter of the global coronavirus pandemic and the city’s funeral homes have been overwhelmed. As of Wednesday afternoon, more than 18,000 people have died of COVID-19 in America’s biggest city, according to a Reuters tally.

Funeral homes say they are facing weeks-long backlogs to bury or cremate the dead.