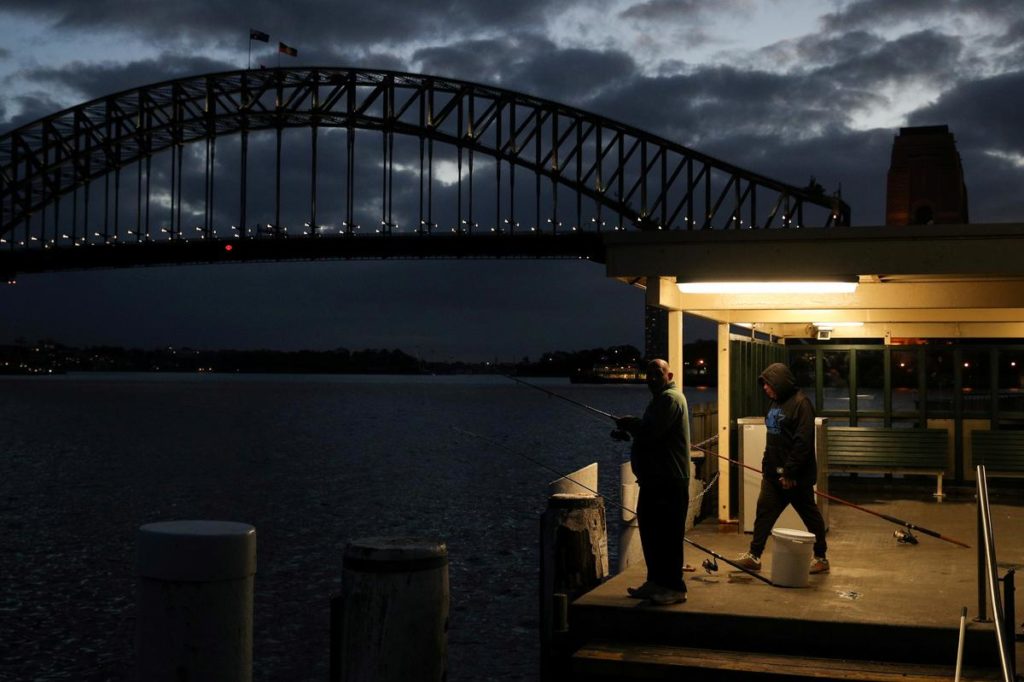 MELBOURNE (Reuters) – Australia recorded its youngest victim of COVID-19 after a 30-year-old man with underlying health conditions died in Queensland state, having shown symptoms of the disease for weeks but without getting tested, officials said on Wednesday.

FILE PHOTO: Men fish near the Sydney Harbour Bridge amidst the easing of the coronavirus disease (COVID-19) restrictions in Sydney, Australia, May 26, 2020. REUTERS/Loren Elliott/File Photo

The latest case brings to 103 the number of deaths recorded in Australia, from more than 7,100 cases. The island continent been among the most successful nations to contain the coronavirus spread, which officials attribute to early travel restrictions, social distancing measures and widespread testing.

Authorities were tracing a possible link between the man and the Ruby Princess cruise ship which docked in Sydney in March and was responsible for Australia’s biggest outbreak of the virus, Queensland state officials said.

“He was showing symptoms prior to his death but also had other illnesses. He tested positive in the post mortem. His partner is now sick with symptoms. She is now being isolated,” state Premier Anastasia Palaszczuk said.

Police and medics who attended the man are now in isolation.

Life for many Australians is beginning to return to normal with schools returning to face-to-face learning this week and the National Rugby League competition set to resume on Thursday.

“Large parts of the country have had no cases for prolonged periods and the majority of our cases now are returned travellers, with only a handful of people still in intensive care,” Australia’s Chief Medical Officer, Brendan Murphy, told a government enquiry.

If Australia had registered the same death rate as the United Kingdom, it would have had some 14,000 deaths, Murphy added.

“So I think we have done well, we are in a very cautious phase now of trying to move to a living-with-COVID economy.”

Prime Minister Scott Morrison reiterated the Federal government’s stance that there was no advice for states to keep their borders closed.