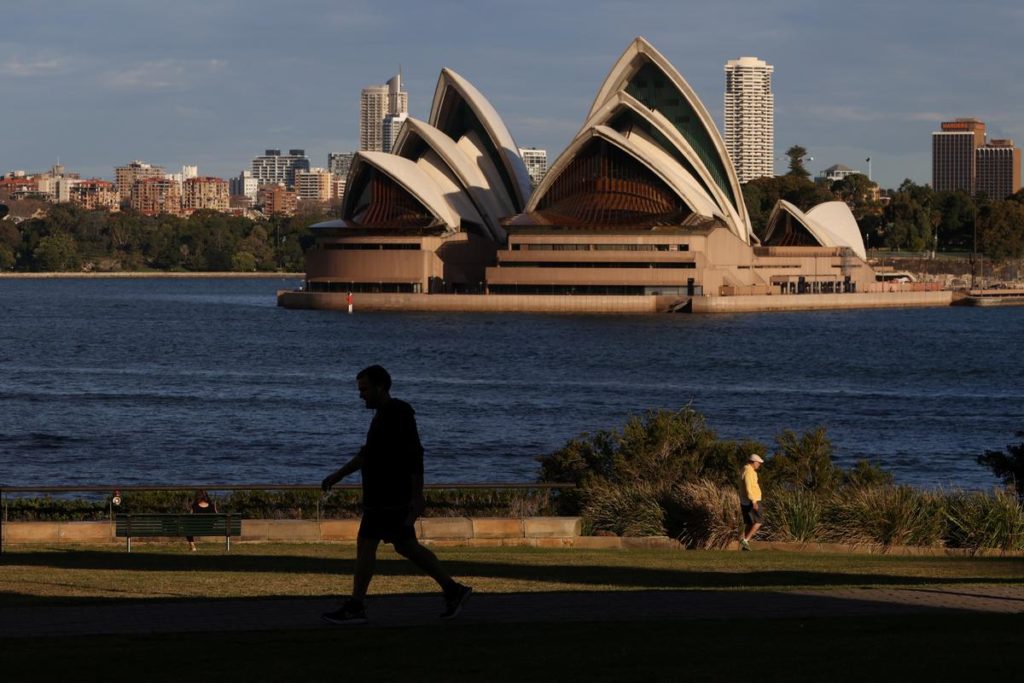 FILE PHOTO: People stroll through a park in front of the Sydney Opera House amidst the easing of the coronavirus disease (COVID-19) restrictions in Sydney, Australia, May 20, 2020. REUTERS/Loren Elliott

MELBOURNE (Reuters) – Australia is on course to have largely eradicated the coronavirus by July, a public health official said on Wednesday, as the country’s most populous state announced the removal of restrictions on community sports.

“Our view has been that we had hoped that by June/July that we would see coronavirus largely disappearing from the country, so this is pretty much on track,” said Bill Rawlinson, a senior medical virologist with New South Wales Health.

New South Wales said it would resume community sports like netball and cricket from July 1, after the state went for two weeks without any cases of community transmission.

Australia logged an increase of seven cases overnight in the eastern states, three in NSW and four in Victoria, bringing total nationwide cases to 7,274. Three of the most recent cases were from unknown sources, after the country recorded no cases acquired from an unknown source overnight to Tuesday.

Despite the low numbers, some Australian states including Queensland and Western Australia have kept their borders shut, resisting calls to reopen them by their hard-hit tourism industries.

New Zealand lifted all restrictions except international border controls after declaring on Monday it was free of the coronavirus.

“Before we went to lockdown, we were talking about getting out of it and having a bubble of success between both countries,” Peters told Channel Nine, discussing the prospect of opening travel between New Zealand and some Australian states first.

“Let’s not restrain the movement between our two countries based on the slowest state in Australia.”