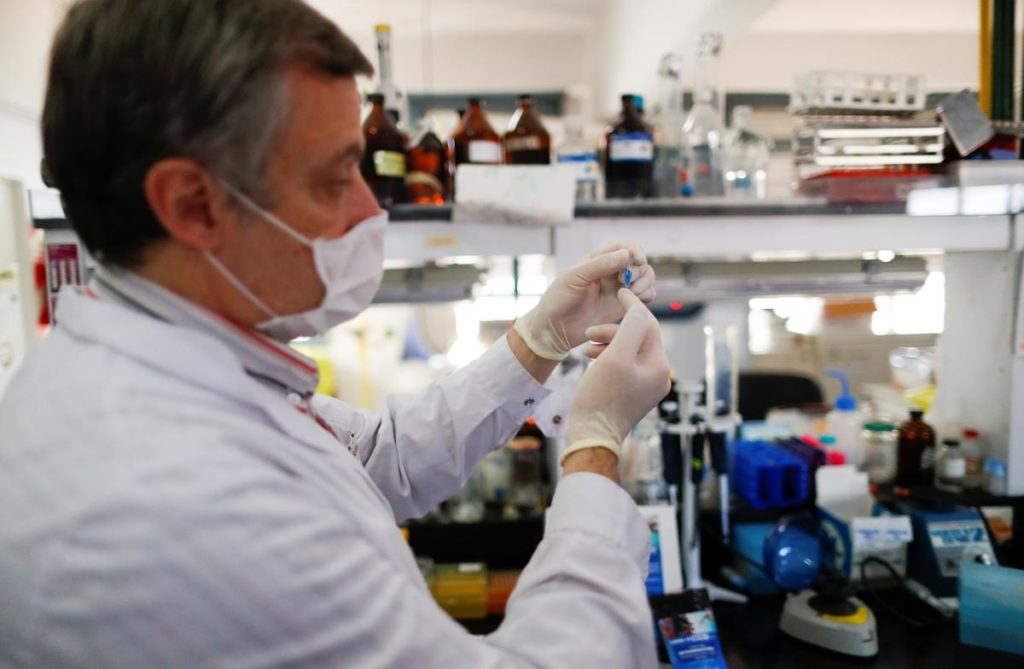 Santiago Webajh, scientist of the Pablo Cassara foundation, holds a test of the new “NEOKIT-COVID-19?, developed by a group of Argentine scientists that diagnoses the coronavirus disease (COVID-19) in less than two hours, in Buenos Aires, Argentina May 19, 2020. REUTERS/Agustin Marcarian

BUENOS AIRES (Reuters) – Argentine scientists are producing what they call a fast and inexpensive coronavirus test, which according to the government has captured the interest of other countries.

“It is a simple, cheap and readily available technique,” Santiago Werbajh, an epidemiologist at the Pablo Cassara Foundation, an organization that created the Cesar Milstein Institute of Science and Technology, a public-private entity where it was developed, told Reuters.

“The costs are low, approximately $8, and the simple thing is because of the time and handling, which can be used on an outpatient basis for mass testing, availability will be greater than with current techniques,” Werbajh added.

“We are willing to supply not only neighboring countries, but other countries, in fact there has already been contact with foreign embassies interested in accessing this kit,” said the Argentine Minister of Science, Technology and Innovation, Roberto Salvarezza.

Argentina’s heavily populated areas have been in lockdown since March 20.