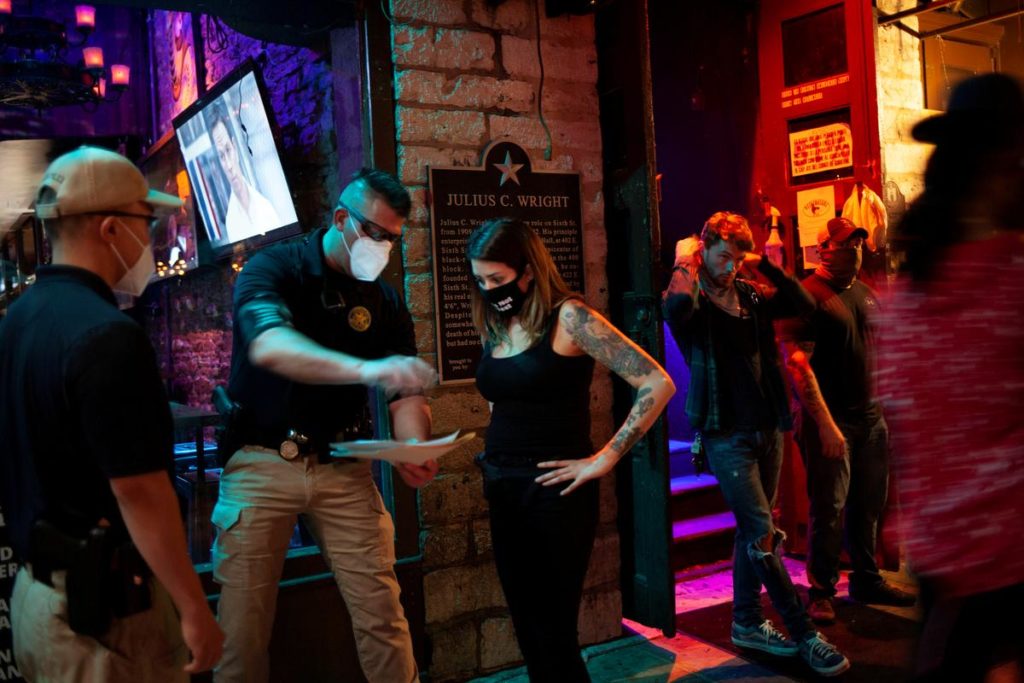 Ahead of Trump rally, coronavirus cases surge in Oklahoma, other states

(Reuters) – Just days before U.S. President Donald Trump’s campaign rally in Tulsa, the biggest event in the country since pandemic restrictions were imposed in March, new coronavirus cases are surging in Oklahoma, Texas, Arizona and elsewhere.

The spike in new cases on Wednesday and over the last two weeks points to a troubling trend in the United States, where cases have risen nationally after falling for more than a month.

In addition to a record 259 new cases in Oklahoma on Wednesday, Florida reported over 2,600 new cases and Arizona more than 1,800 – the second-highest daily increase for both states.

Texas reported an all-time high for hospitalizations and a record 3,100 new cases. There are about 1,500 available intensive care unit (ICU) beds in the state and about 200 free in the Houston area, according to a state website here

Cases have also steadily climbed in California, with Los Angeles County reporting a record increase of over 2,100 new cases in a day.

Trump’s campaign advisers believe his first rally in three months on Saturday night at an indoor arena will rejuvenate his base at a time when a string of national and state opinion polls have shown the president falling behind Democratic rival Joe Biden.

“Ultimately, the president doesn’t ask for permission before he” goes to places, said Oklahoma Governor Kevin Stitt during a briefing on Wednesday. “So we found out that president was coming, so we are going to make sure it’s the best and as safe as possible.”

Oklahoma health officials are urging anyone attending the rally to get tested for the coronavirus before arriving and then to self-isolate following the event and get tested again. The health commissioner urged those over 65 or at higher risk of coronavirus-related complications to stay home.

Vice President Mike Pence on Tuesday said officials were considering other, possibly outdoor, venues for the Tulsa event. Pence pushed back against talk of a second wave of infections, citing increased testing.

Democratic presidential candidate Joe Biden accused Trump of “surrendering” to the coronavirus pandemic and failing to stay prepared for a resurgence that could put a U.S. economic recovery at risk.

In most of the states where cases are spiking, COVID-19 hospitalizations are also rising or at record highs. Unlike spikes reported in new infections, rising hospitalizations cannot simply be attributed to increased testing.

In Arizona, 83% of intensive care beds are occupied, a record high, according to a state website here The outbreak has alarmed the hard-hit Navajo Nation. The Navajo – with territory in Arizona, Utah and New Mexico – reinstated a weekend-long curfew that closes even essential businesses like grocery stores and gas stations.

In Florida, some of the increase has been linked to reopened bars, where people anxious to get out after months of seclusion crowded together indoors, making for easy virus transmission. In one case, 16 friends who celebrated a birthday at a bar without wearing masks all tested positive, according to media reports.

Texas has also pointed to bars as one cause of its current outbreak. In Oregon, over 200 new cases are tied to events at a single church.

In New York, which had been the epicenter and hardest hit of the U.S. epidemic, Governor Andrew Cuomo touted his state’s success story on Wednesday.

FILE PHOTO: Bar manager at The Jackalope talks with agents from the Texas Alcoholic Beverage Commission as they check that bars are maintaining social distancing protocols to help slow the spread of the coronavirus disease (COVID-19), on the first day that bars in Texas were allowed to reopen after they were shut down in March, in Austin, Texas, U.S. May 22, 2020. REUTERS/Nuri Vallbona

More than 2.1 million people have been infected with the coronavirus in the United States and over 117,000 have died from COVID-19, by far the most in the world.