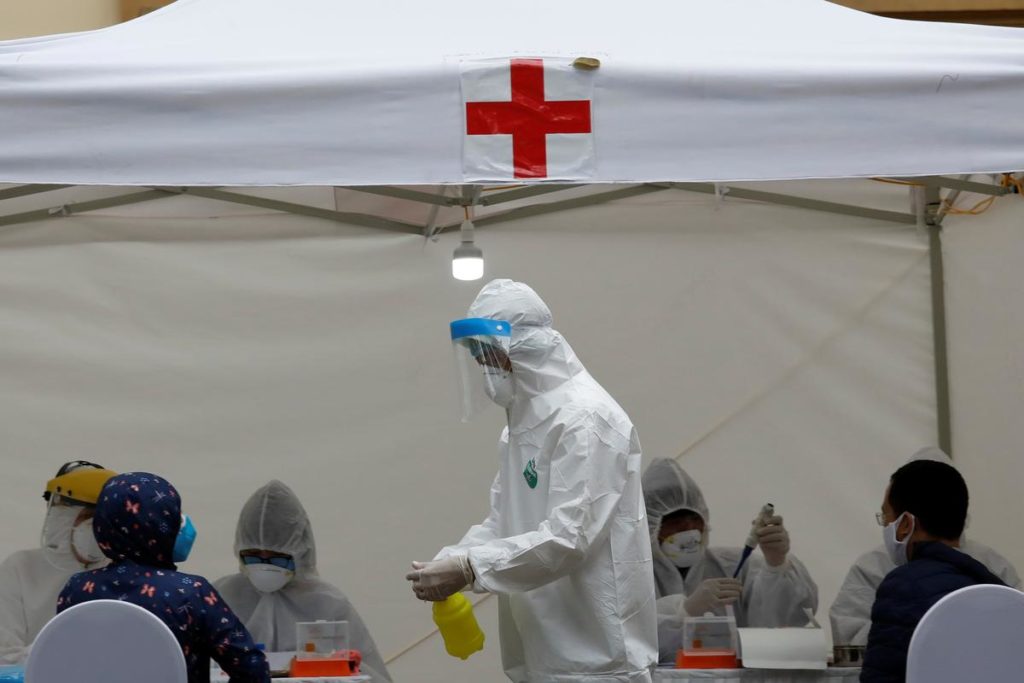 HANOI (Reuters) – Businessman Phan Quoc Viet was making his usual prayers at a pagoda in Tay Ninh, a province in southern Vietnam, when the government official’s call came.

It was late January, just after the Lunar New Year. Vietnam had detected its first two cases of the new coronavirus days earlier, and the government was contacting companies with experience of medical testing for urgent help.

“The official said Vietnam needed to act quickly,” said Viet, whose medical equipment company, Viet A Corp, makes test kits and has been central to Vietnam ramping up its testing program in response to the outbreak.

Vietnam, a country of 96 million people which shares a border with China, is signaling that it has succeeded where many wealthier and more developed countries have not by containing the new coronavirus.

The government is officially reporting a relatively small 270 cases and zero deaths. That puts the country on course to revive its economy much sooner than most others, according to several public health experts interviewed by Reuters.

Its slightly more populous regional neighbor the Philippines, in comparison, has reported almost 30 times as many cases and more than 500 deaths. For an interactive graphic tracking the global spread, click tmsnrt.rs/3aIRuz7

These public health experts say Vietnam was successful because it made early, decisive moves to restrict travel into the country, put tens of thousands of people into quarantine and quickly scaled up the use of tests and a system to track down people who might have been exposed to the virus.

“The steps are easy to describe but difficult to implement, yet they’ve been very successful at implementing them over and over again,” said Matthew Moore, a Hanoi-based official from the U.S. Centers for Disease Control and Prevention (CDC), who has been liaising with Vietnam’s government on the outbreak since early January. He added that the CDC has “great confidence” in the Vietnamese government’s response to the crisis.

Vietnam increased the number of laboratories that can test for COVID-19, the disease caused by the new coronavirus, from three at the beginning of the outbreak in January, to 112 by April.

As of Wednesday, 213,743 tests had been conducted in Vietnam, of which 270 were positive, according to health ministry data.

That ratio of 791 tests to every confirmed case is by far the highest in the world, according to data from health ministries compiled by Reuters. The next highest, Taiwan, has conducted 140 tests for every case. To see results by country, click tmsnrt.rs/3bO6dsK

Reuters could not independently verify the accuracy of the government’s testing data. The Vietnamese government did not reply to questions about its data and the extent of its awareness of virus-related cases. The two officials leading the country’s efforts against the virus were not made available for interviews to answer questions about their work.

Kidong Park, the World Health Organization’s representative in Vietnam also did not respond to requests for comment on the accuracy of Vietnam’s data.

Vietnam has been helped, experts said, by the combination of its authoritarian leadership and its open market economy, and a population with a memory of previous epidemics ready to cooperate.

“It is organized, it can make country-wide policy decisions that get enacted quickly and efficiently and without too much controversy,” said Guy Thwaites, director of the Oxford University Clinical Research Unit in Ho Chi Minh City. Thwaites’s laboratory has been helping to process tests.

Thwaites said the number of positive tests processed by his organization’s lab was in line with government data. He said the hospital where he works on the wards – Ho Chi Minh City’s 550-bed Hospital for Tropical Diseases, serving a population of 45 million people in southern Vietnam – had not admitted any additional cases not reflected in the government’s numbers.

“If there was ongoing and unreported or unappreciated community transmission, we would have seen the patients in our hospital. We have not,” he said. Thwaites said his organization’s lab increased capacity from being able to do around 100 tests a day to around 1,000 a day.

Managers of 13 funeral homes in Hanoi contacted by Reuters said they had seen no uptick in deaths. One said requests for funerals had gone down during the country’s lockdown, now lifted, because of the reduction in traffic accidents, one of the biggest killers in Vietnam.

Todd Pollack, a Hanoi-based infectious diseases specialist at Harvard Medical School, said that less than 10% of the people who tested positive for the virus in Vietnam were over 60 – the age group most likely to die from COVID-19. All patients, he added, were closely monitored in health facilities and given good medical care. Pollack said a good comparison to Vietnam was South Korea, another country which managed to roll out a large testing program and keep deaths relatively low.

“The case fatality rate in South Korea is around 2%, in part because they are testing so widely,” said Pollack. “If we apply that rate to Vietnam’s number of confirmed cases, and consider these other factors, we can understand how they have avoided any deaths so far.”

Krutika Kuppalli, an infectious disease physician and biosecurity fellow at the Johns Hopkins Center for Health Security, said: “There is no way to possibly know for certain, but they have done a great job with their response, with the testing and isolating and quarantining people.”

In late February, as U.S. President Donald Trump was still downplaying the dangers of the new coronavirus, Viet and his colleagues began sourcing crucial components needed to mass produce COVID-19 testing kits from the United States and Germany.

Researchers at Vietnam’s state-run Military Medical University, working with Viet A Corp, had already designed a test kit, and the government handed a license to the private company to mass produce the kit. Viet said his company’s kits – which can perform multiple tests – had now provided 250,000 tests in Vietnam and had exported kits with capacity for 20,000 tests.

As early as Jan. 23, Vietnam suspended flights to and from the Chinese city of Wuhan, where the outbreak started, immediately after discovering its first two cases. It acted even though the WHO was at that point advising against travel restrictions. A week after that, Vietnam effectively closed its 1,400-km (870-mile) border with China to all but essential trade.

By mid-March, Vietnam made the wearing of masks in public places mandatory nationwide, well ahead of most other countries and not heeding the WHO’s advice that only people with symptoms should wear them. Some of Vietnam’s garment factories turned to making surgical and cloth masks to meet demand.

The WHO did not reply to Reuters questions on Vietnam ignoring its advice.

Vietnam’s testing ramp-up took place in tandem with a thorough contact-tracing program and the quarantine of tens of thousands of people, many of them overseas Vietnamese returning home to escape worsening outbreaks in Europe and the United States.

Viet A Corp’s tests were first put into use on March 4, Viet told Reuters. In the six weeks prior to that, the country had gradually increased testing, but the number of people with the virus remained below 20. In the second week of March, that number more than doubled.

In early March, only a fraction of the tens of thousands of arrivals in the military-run quarantine centers set up to house them were tested for the virus, according to health ministry data. But by early April, testing numbers began to surpass the number of those in quarantine.

Medical officials tested and retested suspected cases, gradually discharging from quarantine those who tested negative several times. Many tests were also made on groups of people not in quarantine who may have been exposed to the virus.

The country’s swift response does not appear to have been hampered by the retirement of its health minister in November. The interim replacement, Deputy Prime Minister Vu Duc Dam, a Communist Party official with no experience of public health, has emerged as a hero on social media for his role leading Vietnam’s coronavirus task force.

Neither Dam nor Deputy Health Minister Nguyen Thanh Long was made available for an interview.