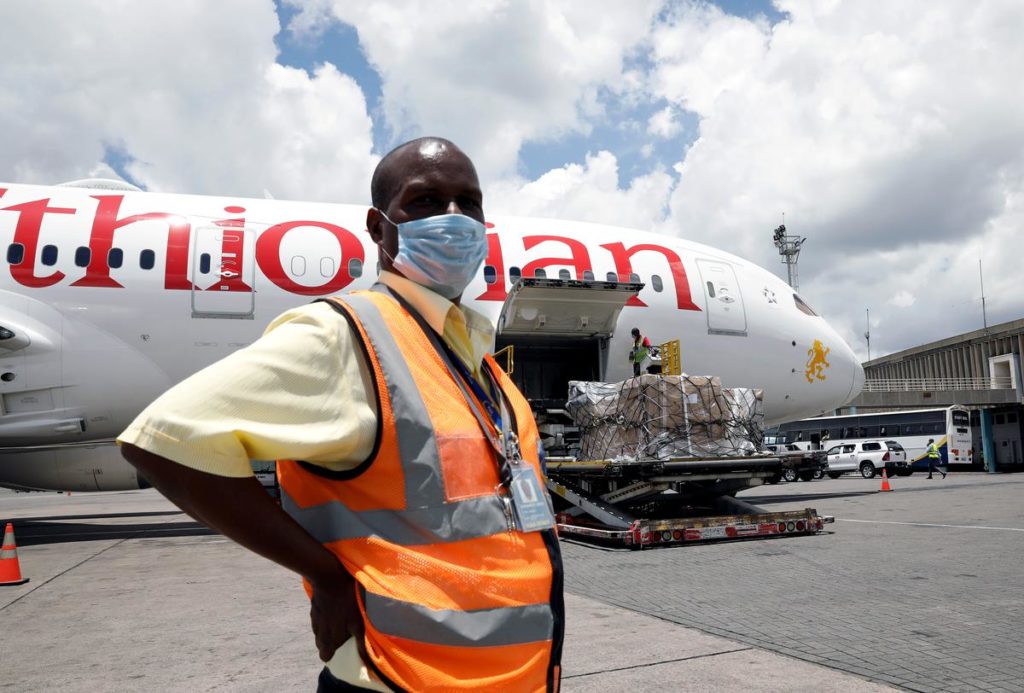 FILE PHOTO: An airport worker watches as a shipment of medical supplies donated to Africa to help fight the coronavirus disease (COVID-19) from Chinese billionaire Jack Ma and the Alibaba Foundation arrives on a plane from Ethiopia at the Jomo Kenyatta International Airport in Nairobi, Kenya, March 24, 2020. REUTERS/Baz Ratner

ADDIS ABABA (Reuters) – Cases of community transmission of the new coronavirus are growing in Africa, particularly in Ethiopia, and a new strategy for testing is needed to prevent this, the head of the Africa Centres for Disease Control and Prevention said on Thursday.

Community transmission refers to cases where patients had no travel history or known contact with infected people – worrying for health workers because it means the virus is moving undetected through the population.

“We are beginning to see sustained community transmission within Ethiopia and many other countries across Africa. That means we need to increase our public health measures like distancing, wearing of masks, washing of hands,” John Nkengasong told journalists.

He said countries should modify the way they test their population – instead of focusing on testing people arriving at airports, governments should switch to surveillance testing of those with flu-like symptoms.

Initially the virus multiplied more slowly in Africa than in Asia or Europe, but all 55 nations on the continent have now reported a total of 119,982 confirmed cases of the infection and 3,599 deaths, according to a Reuters tally.

So far Ethiopia has recorded 831 confirmed cases and six deaths, but in the last week it has seen an increase in community transmission.

Nkengasong said almost two million tests had been carried out across the continent and the goal is to carry out 12 million tests.