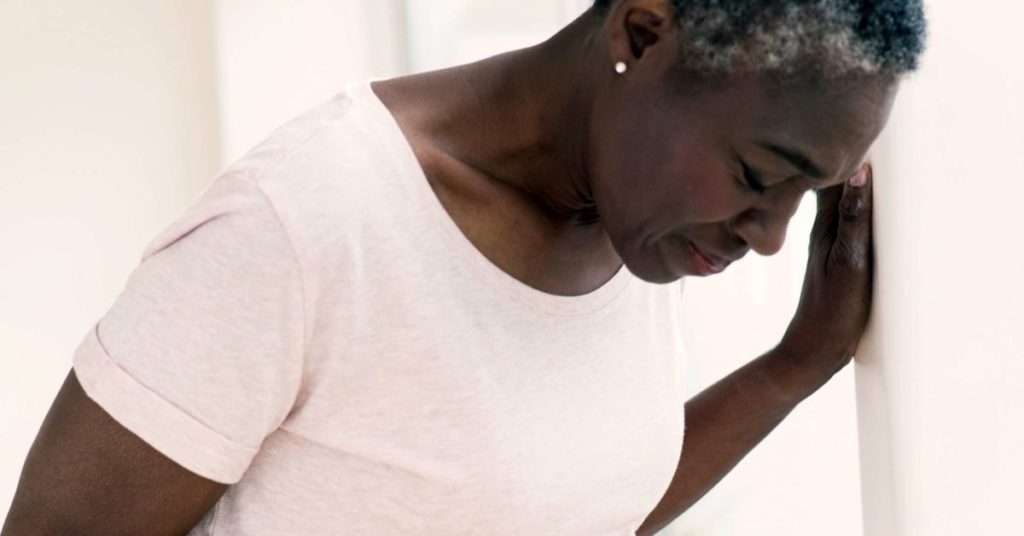 Adnexal masses are lumps that occur in the adnexa of the uterus, which includes the uterus, ovaries, and fallopian tubes. They have several possible causes, which can be gynecological or nongynecological.

An adnexal mass could be:

A family doctor can usually manage benign masses. However, prepubescent and postmenopausal individuals will need to see a gynecologist or oncologist.

In this article, we discuss the characteristics of adnexal masses. We also review how doctors diagnose and treat adnexal them.

People report different symptoms, depending on the cause of the adnexal mass.

People with an adnexal mass may report:

severe lower abdominal or pelvic pain that is usually on one sideabnormal bleeding from the uteruspain during sexual intercourseworsening pain during a periodpainful periodsabnormally heavy bleeding during periodsabdominal symptoms, including a feeling of fullness, bloating, constipation, difficulty eating, increased abdominal size, indigestion, nausea, and vomitingurinary urgency, frequency, or incontinenceweight losslack of energyfatiguefevervaginal discharge

Different causes of adnexal masses may have similar symptoms, so doctors usually conduct further investigations to determine the exact cause.

Once the doctor has worked out the cause of the adnexal mass, they can recommend treatment and management.

Adnexal masses include a variety of different conditions that range in severity from benign growths to malignant tumors.

Some of the causes of adnexal masses include:

Ectopic pregnancy: A pregnancy where the fertilized egg implants somewhere outside the uterus.Endometrioma: A benign cyst on the ovary that contains thick, old blood that appears brown.Leiomyoma: A benign gynecological tumor, also known as a fibroid.Ovarian cancer: These tumors of the ovary may be ovarian epithelial cancers that begin in the cells on the surface of the ovary or malignant germ cell cancers that begin in the eggs.Pelvic inflammatory disease: Inflammation of the upper genital tract, which includes the uterus, fallopian tubes, and ovaries. It occurs due to an infection.Tubo-ovarian abscess: An infectious adnexal mass that forms because of pelvic inflammatory disease.Ovarian torsion: A gynecological emergency involving a complete or partial rotation of the tissue that supports the ovary, which cuts off blood flow to the ovary.

A doctor may diagnose an adnexal mass by:

Most of the time, people will need a transvaginal ultrasound to allow doctors to evaluate the characteristics of an adnexal mass.

People with pelvic inflammatory disease or a tubo-ovarian abscess may experience gradual pelvic pain with nausea and vaginal bleeding.

Early ovarian cancer may sometimes present with nonspecific symptoms. Sometimes, doctors may only detect cancer when the tumor has become malignant.

Malignant tumors may have one or several of the following characteristics:

A doctor will choose the most appropriate treatment depending on the cause of the adnexal mass. Women with an ectopic pregnancy will have to end their pregnancy. A doctor may choose one of the following procedures:

the administration of a single or two-dose intramuscular methotrexatelaparoscopic surgerya salpingostomy or salpingectomy, which are surgical procedures involving the fallopian tubes

Doctors have not yet determined the optimal management of an endometrioma, according to a study that featured in Obstetrical & Gynecological Survey.

Currently, the possible treatments for an endometrioma include:

People with pelvic inflammatory disease will require courses of intravenous antibiotics, which may include:

Some people can receive treatment outside of the hospital setting with oral doxycycline (Vibramycin) and intramuscular ceftriaxone (Rocephin) or another third generation cephalosporin antibiotic. In some cases, doctors will need to add oral metronidazole (Flagyl).

Ovarian torsion is a gynecological emergency. The only treatment is surgery to prevent severe damage to the ovaries and fallopian tubes.

People with leiomyomas or fibroids may receive hormonal treatments or nonsteroidal anti-inflammatory drugs to control the symptoms. Once a person stops taking medication, the symptoms may return, and the fibroids may continue to grow. Surgery is the most successful treatment for fibroids.

The treatment options for ovarian cancer include surgery, chemotherapy, and targeted therapy. Oncologists will consider the following factors before recommending a treatment plan:

the type of ovarian cancer and how much cancer is presentthe stage and grade of the cancerwhether the person has a buildup of fluid in the abdomen causing swellingwhether surgery can remove the whole tumorgenetic changesthe person’s age and general health statuswhether it is a new diagnosis, or if cancer has come back

Doctors diagnose fibroids in about 70% of white females and more than 80% of black females by the age of 50 years. Other factors may increase a person’s risk of developing fibroids, such as:

The likelihood of developing cancer also tends to increase with age.

Adnexal masses are lumps that doctors may find in the adnexal of the uterus, which is the part of the body that houses the uterus, ovaries, and fallopian tubes. Not all masses are cancerous, and they do not all require treatment.

Different types of adnexal mass can share many of the same symptoms. As a result, doctors need to collect a full medical history and data from physical examinations, blood tests, and medical imaging, including transvaginal ultrasounds.

Doctors need to pinpoint the location and cause of an adnexal mass to determine the appropriate management and treatment.