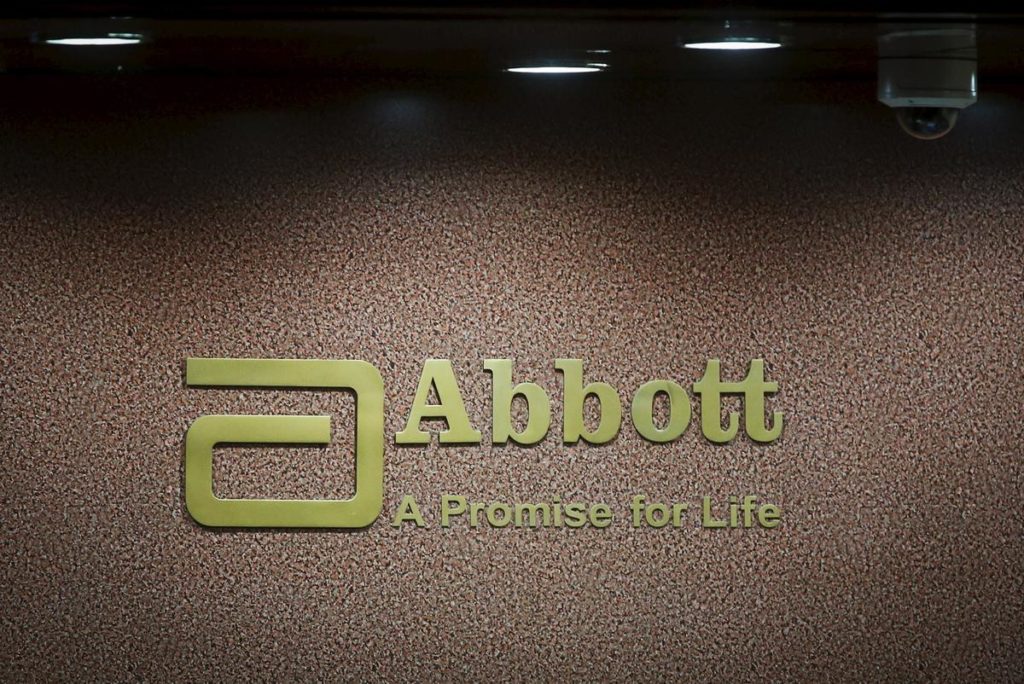 FILE PHOTO: An Abbott company logo is pictured at the reception of its office in Mumbai, India, September 8, 2015. REUTERS/Shailesh Andrade/File Photo GLOBAL BUSINESS WEEK AHEAD

(Reuters) – Abbott Laboratories on Thursday said an analysis of data from an ongoing study of its ID NOW rapid test, which is used in the White House and elsewhere to spot COVID-19, shows it is highly accurate when compared with industry-standard tests.

Abbott’s data has so far shown that the test, which can be used at the point of care and produces results in minutes, finds positive cases of COVID-19 nearly 95% of the time when compared with two other tests performed in laboratories.

The results appear to contradict some other studies that raised questions about the test’s accuracy.

The U.S. Food and Drug Administration said last week that Abbott’s speedy coronavirus diagnostic test could potentially be inaccurate. The regulator said early data about the Abbott ID Now test suggested it may sometimes fail to detect the illness.

New York University researchers also said last week that the Abbott test could be missing a third to nearly half of positive cases. An NYU study on the test, however, was not peer-reviewed.

That same week, Abbott said the number of patients studied by NYU was small and that some analyses of its test had used it in ways other than how it was intended to be used.

The FDA said last week it was reviewing data on the test’s accuracy and Abbott agreed to conduct multiple studies of the test that will each include at least 150 COVID-19-positive patients in a variety of healthcare settings.

Abbott said that data from its study and two others suggests that ID Now works best in patients who are tested relatively early after the onset of COVID-19 symptoms.